Paddy Manning was wrong – in defence of advertorials

Paddy Manning was wrong – in defence of advertorials 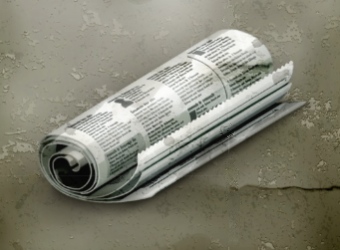 By Clare McCausland, University of Melbourne

RMIT professor Sinclair Davidson has recently defended the actions of journalist Paddy Manning, who was dismissed from Fairfax after writing an article in Crikey critical of what he called ‘advertorial creep’ in the Australian Financial Review. Manning was particularly scathing of a recent advertorial run by the AFR sponsored by the Commonwealth Bank of Australia.

Manning’s ‘suicide mission‘ appears to have worked though: the Commonwealth Bank’s sponsorship of the ‘First Person’ column in the AFR has reportedly been pulled.

Yet Fairfax, like many other reputable publications, has been running advertorials for decades. But the transition of the advertorial format online has not been received well. American magazine The Atlantic recently ran into controversy when it introduced sponsored content, even though it used a format (an article identified as sponsored accompanied by display ads) that had been tried and tested in print many thousands of times. What has changed?

Advertorials, as Davidson points out, are neither advertisement nor editorial. The ethics of each of these are individually complex and dynamic. Taken together, they should be a moral minefield. But there is reason to believe that advertorials are not as insidious as the other aspects of the commercial trend described by Manning and others.

From the perspective of the client, advertorials can look like manna from heaven. They have the overt appeal of editorial, which carries the gravitas of professional journalism. Readers want the fact-checked, non-partisan newsworthiness that a byline provides.

For the journalist assigned to writing them, they can be a debasing exercise in soul-selling. In the eight years I spent working at The Age newspaper I met many disenchanted journalists asked to write advertorials and copy for advertising supplements who went out of their way to ensure their own name appeared nowhere near the published article.

A radio DJ who spruiks auto parts while reading out the traffic report is not being asked to do anything which conflicts with their professional code of ethics. A journalist who does the same in print, however, is being asked to engage in a fundamentally different activity from their chosen profession.

For the reader, advertorials have the potential to be deceptive and distracting. The often tiny print disclosure at the top of the page serves to alert readers to the crucial distinction between paid content and professional editorial content, but the size and stature of this disclosure correspondingly diminishes the value of the advertorial to the client. The less emphasis is placed on the disclosure, the greater the value to clients and the greater the potential for deceiving – and possibly turning away – readers.

The publishers then have a complex decision to make. They must consider every angle: the journalistic integrity of the publication, their obligations to often fickle readers, as well as the need to turn a profit.

In the sponsored article which was the straw that broke Manning’s back the disclosure to clients was crystal clear; this was no ‘cash-for-comment‘ scandal. Although in a supremely ironic twist, for readers using AdBlock Plus or AdBlock for Chrome, the disclosure was missing. An application intended to protect browsers from advertising content inadvertently exposed AFR readers to a far worse form.

There is likewise no suggestion that the AFR has lost or will inevitably lose its ability to comment critically on its sponsors’ activities outside of the advertorial pieces. If an agreement – written or implied – to do so exists, it has not been provided by Manning or anyone else close to Fairfax. It would be devastating, if true.

And if a tendency for Fairfax to modify its coverage of advertorial clients has emerged, this too would be a terrible finding, for just the reasons both Manning and Davidson suggest. The much criticised right-wing bias at The Australian is a proper cause for concern, and the scrutiny paid to the impartiality of the ABC may not always reveal dramatic shortcomings, but is a legitimate line of inquiry. Commercial favouritism is not a hallmark of journalistic integrity any more than political partisanship.

We do not have any evidence that advertorials have this pernicious effect.

The crux of Manning’s argument, however, was not that advertorial creep is immoral, it was that advertorials don’t work. Because no-one reads them, they lack value. As Davidson notes, they risk damaging the Fairfax reputation without adding to its bottom line.

Yet the same has been said of the advertising industry for eons. Surely no-one likes Harvey Norman advertisements on the TV, yet it would be irrational for Gerry Harvey to have purchased so many if they didn’t work. The success or otherwise of this new brand of advertorial will be tested by the market. In the end, their value will be assessed by the CBA and other potential clients. Their effect on the readership and the publication’s reputation will need to be assessed by senior staff at Fairfax, before any negative impact has lasting damage.

Advertorials disclose openly to readers what ‘exclusives’, ‘drops’ and re-worked press releases published without critical comment fail to do. These other forms of ‘churnalism’ conceal their biased sources and are arguably more successful in their deception than the tiny-print disclosure.

The cuts to newsrooms are clearly demoralising editorial staff, who are under pressure to produce quality journalism in less time with fewer resources. Advertising revenue has evaporated and sustainable online subscription models are still being tested. Disclosing to readers other sources of income may be distasteful and may be difficult for journalists to swallow, but they and their readers should take heart: at least it’s honest.

Disclosure statement: Clare McCausland worked in the advertising department of The Age from 1995 to 2002.