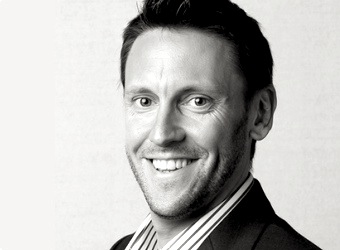 This instalment of Nick Spooner’s regular blog for Marketing is guest authored by Melle Staelenberg, product manager – mobile at Salmat Digital. Over the past seven years, Melle has developed and delivered several successful interactive mobile campaigns in Asia Pacific, and is passionate about all things mobile.

The quick response (QR) code is the marketing equivalent of speed-dating, connecting consumers to brands so they can scan to buy, discover and consume new content or just engage in conversation. The possibilities are infinite, each with the potential to create long-term customer relationships.

Compared to the traditional linear barcode, QR codes can contain a greater volume and variety of data. The technology was originally invented and used in the mid-nineties as a way for the automotive industry to track parts during the manufacturing process. As they have an open ISO standard and are easy to generate, QR codes have recently become a popular tool in the mobile marketing space. To read a QR code on your mobile handset, you may need to download a (free) QR reader from your app store, which uses the camera in your smartphone to scan the code.

Below are five examples on how a QR code can extend a user’s experience from one medium to the mobile handset.

In an attempt to drive mobile sales, the windows of two Sportsgirl’s stores in Melbourne and Sydney now serve as virtual shops, displaying a range of changing products alongside a QR code. By scanning the code, shoppers can view and buy the item on their mobile. Shopping centres and train stations across the country are expected to follow next.

Last month, Tesco in Seoul (South Korea) extended their virtual stores from subway stations to bus shelters. Much like a real supermarket, their billboards and posters resemble aisles and shelves filled with all the products you would normally see at Tesco. By scanning the products’ QR codes, the items are added to a virtual cart and can be delivered at home. It already is the most popular shopping app in Korea and Woolworths is trialling a similar concept on the walls of Town Hall Station in Sydney.

American sports media company Sports Illustrated is offering their magazine buyers extra content through their Swimsuit Viewer App. When scanning one of the many images of the Sports Illustrated models, behind-the-scenes videos are instantly streamed to the reader’s mobile. This way, extra content can be provided exclusively to the ones who buy the magazine, representing a significant value-add. Last year, traditional QR codes were used. This year Sports Illustrated evolved the scanning part further, by using an embedded watermark solution, ‘hiding’ the code as a pattern in the actual pictures.

In the US, a team of health care professionals of the local Pennsylvania State University developed a QR code based application to allow hospital patients to inform participating hospitals of their experiences in (near) real-time. According to the developers, it is becoming increasingly common for people who are having a negative experience to tweet about it as they are waiting. As online reputation can affect hospitals’ revenue streams, the QR based survey gives hospitals the chance to address an issue on the spot before it finds its way into the public domain.

QR codes can be used to drive Facebook ‘likes’. When the code is scanned, the user is directed to a mobile landing page containing the official Facebook Like button. As QR codes can contain and retrieve geolocation, custom codes are great for retail outlets and advertisements to track where your customers ‘liked’ your Facebook page.

A popular way of building a database of mobile numbers is to set up an SMS competition. Rather than asking your customers to text in a word to a number, a QR code can populate a SMS message with a predefined message and number. Combined with geolocation, this makes a powerful marketing tool.

Brands need to invest in connecting with consumers through the various touch-points that they encounter. This means having a cross-channel strategy that will complement the advertising messages and engage the consumer in the longer-term. And QR codes are a cross-channel marketing enabler. They allow brands to integrate their advertising messages in a consistent and complementary way to optimise the customer experience and drive an effective outcome.

Nick Spooner is CEO of Salmat Digital, leading their digital marketing and communications business. Since moving to Sydney in 2000 from London, Nick has been COO at Ninemsn, chief digital officer at Network Ten and has also worked in various senior roles at Optus.