Record growth for WPP: “We got there ugly”, Sorrell says

Record growth for WPP: “We got there ugly”, Sorrell says 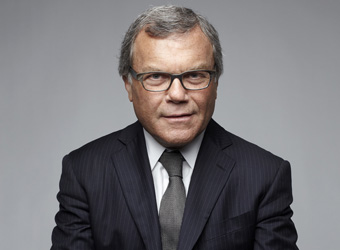 Last year was a record year for marcoms giant WPP, which posted its highest ever operating margin of 14.8%, according to a company update.

However, despite ending with record margin on revenues of AU$15.07 billion (£10.4 billion) the group’s chief Sir Martin Sorrell referred to the year as a hard slog.

Sorrell hailed 2012 as a “record year”, while acknowledging the difficult economic environment meant “we got there ugly”, WPP revealed in its ‘e.wire’ news bulletin sent this morning.

The world’s largest marketing communications group’s full-year results, which show revenues were up 3.5% to AU$15.07 billion, profit before interest and tax up over 7% to AU$2.17 billion and billings of over £44.4 billion.

Slower growth was noted in the group’s consumer insight businesses in the mature markets of North America, the United Kingdom and Western Continental Europe, continuing a trend Sorrell discussed with Marketing last year.

Although Sorrell expects “another demanding year” in 2013, he said “2014 looks a better prospect”. Like-for-like revenue and gross margin growth targets for financial year 2013 are around 3% and the headline operating margin goal is 15.3%, an increase of 0.5 margin points.