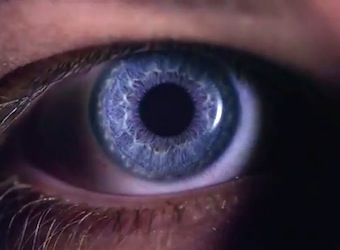 Canon Australia has launched ‘Canon Shine’, a major engagement platform that the company says is aimed at putting power back into the picture and sparking a nationwide movement of meaningful photography. The firm has revealed the findings of research it commissioned that informed the campaign, showing that Australians take almost 10 photographs each per week to document their lives, and that members of Generation Y, in particular, are getting tired of trivial snaps.

Building on Canon’s Australian brand position ‘No One Sees It Like You’, Canon Shine encourages “the use of the lens as a way to change the world, rather than just capture it”. The platform also aims to address the ‘photo fatigue’ that results from the sheer volume of life-documenting ‘snaps’ people are exposed to on a daily basis, reducing the power of photos to impact us.

The research was conducted independently by Galaxy Research in March 2014 and is based on 1021 respondents aged 18 to 64 years, distributed throughout Australia.

Vivien Lee, GM consumer marketing at Canon Australia says Canon Shine is more than a campaign: “It’s the start of a movement of meaningful photography that delivers on our ‘No One Sees It Like You’ brand position.

“Canon’s role is to enable people to express themselves through powerful photography, and this platform will showcase what matters to the whole nation.”

To inspire and excite Australians prior to the launch of Canon Shine, Canon seeded a thought-provoking piece of video content across online channels, asking Australians #whatdoyousee?

Until 26 May, Australians are invited to capture an image that represents their unique perspective on the world. All images will be uploaded to a new dedicated microsite (canon.com.au/shine), where public voting will determine the top 50 images to go before a judging panel who will select the winner, to be announced on 7 July. Shining a light on what matters to the winner, Canon will feature the image and story in a documentary film, national advertising, and a display at the NSW State Library later this year.

To launch Canon Shine, celebrities Lisa Wilkinson, Steve Waugh and Guy Sebastian unveiled what matters to them in a powerful display of still photography and documentary films explaining their motivations and journeys to capture their unique vision.