RFID: Music to your brand’s ears?

RFID: Music to your brand’s ears? 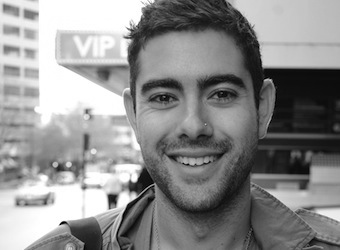 I’ve been attending music festivals since I was old enough to fake my age, and a lot more after I became a music journalist by trade. Not only are there many more of these high-profile recreations on offer in Australia than a decade ago, they have also become incredibly sophisticated marketing operations.

Sponsorships, co-branding, product placement and activations were pretty thin on the ground when I was a skinny sixteen year old trying to catch a glimpse of Foo Fighters at Big Day Out. Now they’re everywhere, and the potential for new, inventive ways to reach these huge one-off audiences seems to have dried up. All eyes are on social, which can spread the influence of those young, switched-on kids at a festival to their extended friendship networks.

But how can you possibly add brand value to an event that’s already drowning in brand messages?

This weekend, one of the most successful outfits on the festival circuit, Splendour In The Grass, will be debuting the use of RFID wristbands for their punters. Intellitix, a Canadian-based company is responsible for their creation, having already deployed them successfully at major sporting, technology and music events across the world.  And they may present a brand new social opportunity for brands that fans actually want to engage in.

RFID, which stands for ‘radio frequency identification’, employs a similar technology to the Oyster Card transport system in London, as well as NFC (near-field communication) responders now available in most smartphones.

Used predominantly for hassle-free entry, each individual RFID wristband can also be preloaded to link to any number of social profiles. This allows the holder to interact with the festival in any number of ways that will feed back to and post to the festival-goer’s personal walls or feeds.

That’s a big draw card, according to Intellitix CIO Greg Parmley who I chatted to last week. “You can check in at different locations and start doing some really funky things with it,” he said. “It’s instant. You don’t have to rely on taking your phone to a festival, having a charged battery or even having a signal.”

Given that most Aussie music festivals are veritable black holes of phone reception, one of the biggest issues for brands at these events thus far has been to encourage attendees to upload photos, tweet using hashtags or check in with Facebook at a point where they can’t even send an SMS. Not only does RFID remove this problem, it also comes up with new ways to better it.

At the annual Bonnaroo festival in the US recently, Parmley’s outfit gave RFID tags to every person instead of tickets. They then set up check in ‘totems’ at stages that fans could check in to simply by waving their hands close to it. This would feed them back an itinerary of all the bands they saw, as well as posting a curated Spotify playlist to their wall, a move French streaming brand Deezer will be attempting to emulate at Splendour, but one which is open to almost any lifestyle brand that could think of a way to use it.

I was also really excited by the outdoor ‘photo booths’ Parmley described, essentially screens which take selfies for as many festival-goers as can cram in front of a screen and post them straight to the people’s social profile.

Of the 80,000 music lovers at Bonnaroo, Parmley told me that 74,000 opted in to link their social network with their wristbands. The ease of use and simple mechanism is proving to be a big hit, just like Instagram with pictures and Twitter with news. The wristbands can be used to check in, enter competitions and engage in on-site gamification elements.

RFID is essentially a much cleaner, device-free version of what QR codes have been trying to get at.

The potential for activations is what is really fascinating here, because Intellitix is essentially a white-glove company. They provide the chips and infrastructure and the festival does the rest. This means that the permutations of, or new marketing concepts based around the technology, are limited only to an advertiser’s imagination, and can become far more sophisticated than plastering a name on a stage, building a tent to give out product or ensuring ownership of the bar.

For Parmley, the sky really is the limit, and he points out that there are many dual benefits for customer and brand. “The next step is to link it to credit cards and use it as a source of payment,” he says. Not only would this eliminate bar lines, but it would also allow alcohol brands, for one, to track how much of each of their RTD products were moving and revise their strategy for the next year.

Smart social media strategists, producers and planners should be seeing RFID as a great solution to the challenge of engaging with mass audiences at events.

If Europe and America are anything to go by, Splendour is simply the first to break the ice here, and the most forward-thinking brands will get in early. Overseas, HTC and Sony PlayStation have kicked it off with soccer and Samsung have rocked out their chips for the Red Hot Chili Peppers.

On your marks, get set, beep.