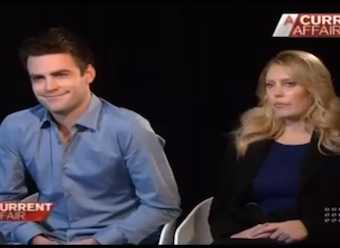 One half of the radio duo involved in the royal phone scandal that saw a nurse take her own life has been named as the joint winner of Southern Cross Australia’s ‘Next Top Jock’ in an internal Southern Cross Austereo (SCA) competition.

Michael Christian was selected for the award by a panel that included SCA’s head of content, Craig Bruce, and the content directors of 2DayFM and FoxFM, Derek Bargwanna and Dave Cameron, who is also head of the Today Network for SCA.

The pair spoke to nurse, Jacintha Saldanha, who later committed suicide after transferring the call from the radio DJs through to a colleague who revealed details about the Duchess of Cambridge’s condition.

Christian, who now works at FoxFM in Melbourne, and the other recipient of the award, 2DayFM presenter, Ellie Mobbs, have won flights to Los Angeles to tour the studios of KIIS FM.

The international media attention pushed SCA to suspend all advertising on its Sydney station 2DayFM in December last year.