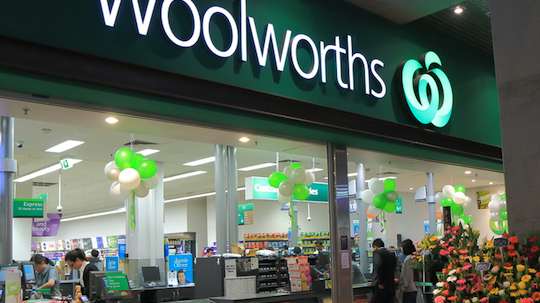 Gillian O’Sullivan, managing director of Ipsos Marketing, discusses the 10 top-ranking brands in the ‘Most Influential Brands’ survey for 2015.

Google, eBay, Microsoft, Facebook… these are all brands that have a deep role in Australians’ lives. These are brands we engage with on a daily basis and they have changed how we do things and how we engage with others. They are effective and influential.

For the second year in a row, Ipsos set out to understand what it means to be a brand with influence, and establish who are the most influential brands. In this study we asked consumers across the globe, including Australia, about major local and global brands, how they view them, the way they interact with them in their daily lives and how they rate them on a variety of dimensions that drive influence.

For Australia, we started by identifying 100 well known brands in the market, including in the list household name global businesses, such as Google and Visa, and Australian icons such as Weetbix and Woolworths. After establishing a list, we asked Australian consumers about these brands – how they view them, the way they interact with them in their daily lives and how they rate them on a variety of dimensions that make a brand influential.

The top 10 ‘Most Influential Brands’ in Australia

Let’s take a closer look at these brands and the reason why they stood out from the crowd to deserve a place in the top 10.

As we saw in 2014, Coles leads all other brands in sheer presence – it is a brand you see everywhere. Both Coles and Woolworths are neck-and-neck in the area of presence. Coles dropped four places since last year, however, while Woolworths only dropped one place. This drop in performance is driven in part by a decrease in perception that Coles continually delivers a consistent message in what it stands for. We see that consistency in messaging is particularly important in the retail sector.

YouTube has moved into the Top 10 list in 2015, the year it celebrates its 10th birthday. YouTube is influential because it is seen to be a brand on the up and up, now attracting more than 1 billion users globally per month. It is a brand that is improving all the time and one that people want to engage with. It is a brand that is in touch with consumer needs, evidenced by the recent plans for an ad free subscription service. With new competitors entering the market, it will be interesting to see whether YouTube can hold its ground in 2016.

Samsung is one of the key brands on fire, moving up seven places since last year. Samsung is becoming more influential as it becomes more relevant to our lives. It is a brand that people say they increasingly see their friends and family use. It is gaining in confidence and dependability, at the same time as becoming a more edgy brand. It is impacting how we interact with others and is increasingly a brand Australians want to identify with. We can’t wait to see what Samsung is going to do next.

Apple has held its ground in 2015. Although the gap in the rankings between Apple and Samsung has closed since last year, Apple continues to lead Samsung as an innovator, a trendsetter and as a brand that that has forever changed the consumer landscape. It is a standout brand, but there are signs that it is starting to lose some of its unconventional edge.

Woolworths’ ‘presence’ score has increased since last year, being a brand that advertises a lot and is seen everywhere. Sheer presence is the key driver of influence for Woolworths. Similarly to Bunnings, we see the importance of community involvement and support for this Australian icon. Woolworths understands consumer needs. Consistency and presence has made “Woolies” part of our everyday language – a brand that we all understand and can relate to.

While Facebook has held its ground overall in the rankings, we see a dip in ‘leading edge’ dimensions since 2014. As Facebook becomes more established and a brand that everyone is using, it is becoming difficult for it to maintain its innovator positioning. US academics are now predicting a rapid decline for the world’s leading social network. In this study we see a notable decline in Australians’ confidence that Facebook has a strong future. Having said this though, it is still the number four most influential brand out of the 100 Brands covered in the study.

Microsoft has dropped behind Apple this year as “an innovator”, however it continues to lead the top 100 list as “the benchmark other brands are compared against” and as a brand that is continuing to get better. It has presence, it is reliable and it is relevant.

eBay is influential because it created a new market; one-to-one trading via auctions over the web.  Almost one third (32%) of those surveyed said eBay “introduced me to something I never knew I needed.”  One in two people surveyed have interacted with the brand online, more than any other brand in the Top 100.  eBay is influential because it has made our lives more interesting and has changed aspects of our behaviour.  It is a unique and somewhat unconventional brand.  It is hard to believe that eBay is already 20 years old.  Australians believe it has a strong future.

Google is the ‘Most Influential Brand’ in Australia for the second year in a row. Extraordinarily, the gap between Google and the number two brand has increased this year. There is no indication that Australians are tiring of Google, with a 12-point increase in the proportion of Australians believing that Google “is really important in the world today”.  More so than any other brand in the study, Google is seen to be fundamental to our everyday lives.

The ‘Dimensions of Influence’

This study revealed five key dimensions that define and drive brand influence. Brands that are seen to be doing one or more of these successfully are more likely to be seen to be influential. In order of importance these dimensions are:

Results are based on an online study of 1000 adult residents of Australia using the Ipsos iView panel. The results are based on a sample where weighting was employed to balance demographics and ensure that the sample’s composition reflects that of the actual Australian population according to Census data. The same survey was conducted in 20 other countries, with a total global sample size of 33,000.