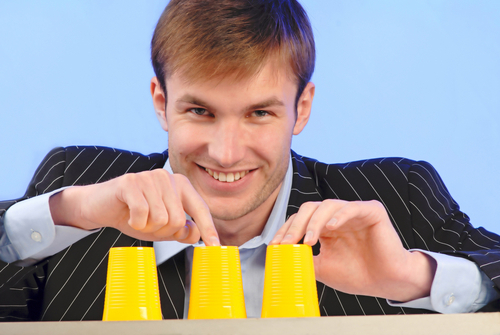 While the digital advertising industry has gone a fair way to clean up its act in the past few years, particularly through initiatives designed to standardise video ad delivery (such as IAB VAST compliance), there are still many ways vendors can make video ad campaigns appear more successful than they are. This is particularly the case when you calculate campaign objectives as ‘average time spent’ (ATS) or number of views.

Here are six not uncommon industry tricks to artificially boost ATS and some tips on how to avoid them so your video advertising campaign results are meaningful and you get what you have paid for.

1.     Auto-playing a video so it starts before a viewer has a chance to stop it.

Here, the viewer never wanted to see your ad, and is likely annoyed they did, but it plays before they can stop it — then the network or publisher counts the resulting view in its ATS tally. It’s hardly the brand experience advertisers want people to have and should not contribute to genuine time spent viewing your ad.

Tip: Build in a 3-2-1 countdown mechanism that qualifies a viewer is genuinely interested in watching your ad before they do. This gives viewers control so you only pay for those who stay through the full countdown, launch the ad and genuinely want to watch your ad.

2.     Counting viewers who aren’t even watching your ad.

Often people are unaware an ad is even playing — which is particularly the case if a video ad is playing without sound ‘below the fold’. The user can’t see or hear it and therefore don’t know to stop it (this really happens!). Other users might minimise the browser, open another browser tab or leave their computer on for an extended period. Whatever the case, if nobody is watching your ad, you shouldn’t pay for it and it certainly shouldn’t contribute to your time spent calculations. Technology exists to detect and stop the clock when an ad isn’t being watched, and better networks make use of this.

Tip: Ask your network how it detects whether a person is actually watching your ad when it runs and what its policy is to screen for people that move away from the screen. If a single interaction is the methodology that proves that someone is ‘watching’ for five minutes, then you may find that the interaction recorded represents someone finally discovering the ad and trying to close it!

Most video campaigns results include outliers in their data sets. For the reasons given above, that’s the small percent of views that are longer than you would expect, suggesting the viewer was either not in front of the screen or unaware that the ad was still running. Retaining outliers in calculations can skew ATS for all users by up to 75 percent or more and should be removed. So, if your 30 second TV spot is producing a remarkable 60 second viewing time, then ask questions. While longer watch times sometimes happen, they’re unlikely.

Tip: Ask your network to give you a median number, not just the mean average, and make sure it eliminates unrepresentative outliers for a more accurate result.

4.     Starting the engagement clock when a user clicks on ad, not when the ad has fully loaded.

Video takeover ads can take a few seconds to load or buffer, particularly if a viewer’s connection is slow or the video file is particularly large. This problem multiplies when several videos sit inside a single ad unit, extending the buffering time by many seconds, and padding out the user’s dwell time with what essentially amounts to dead time.

Tip: Check your video view time count starts when the video is ready to play, not while it’s buffering, and make sure your network has technology to optimise your video to play immediately upon expansion.

5.     Failing to account for poor ad unit design that traps users in the ad itself.

Bad design, whether it’s intentional or not, can create a maze effect where users literally get trapped inside the ad unit, clicking on content or unclear call-to-actions in an effort to escape or find what they’re really interested in.

Tip: Check your creative team has a QA process in place and follows best practice to design ads that put the user in control of the ad experience so they can easily navigate through your content and can close at any time.

There are many other well-known tricks that delay a user exiting a video unit to drive up ATS. A few of these include having a 10 second delay before the close button appears in the top-right section of the ad, obscuring the close button in the ad unit, auto-playing the ad with the volume low or off so the user isn’t aware of it, or making the video controls hard to find so the viewer wastes time trying to find them. There are, no doubt, many more.

Tip: Test your ad yourself before it goes out. Ask your friends and family to test it too. If the ad unit annoys you by using trickery to lure you in and keep you there, as oppose to enticing you in and making you want to stay, get it changed.

The best video advertising should be easy for your viewers to navigate, control and exit. It should earn genuine time spent metrics by delivering content that appeals to the right audiences in a way that they control. Ad units that do this well don’t need questionable practices or reporting methodology to generate deep engagement and solid time spent with your brand.

A digital marketing pioneer, Duncan Arthur has more than 13 years of digital advertising experience gained in both sales and media agency roles working with many premium local and international brands. Before joining SAY Media as general manager, Duncan founded and co-founded multiple digital consultancies and start-up companies designed to help Australian corporates benefit from emerging digital marketing opportunities. Prior to this, he launched the digital services division of Initiative Sydney, a business that grew to a $20 million turnover within four years under his direction. Previously he worked in online media planning with OneDigital and as Carat’s first pan-regional internet planner, winning the prestigious M&M award for ‘Best Use of International Media’ for consecutive years.