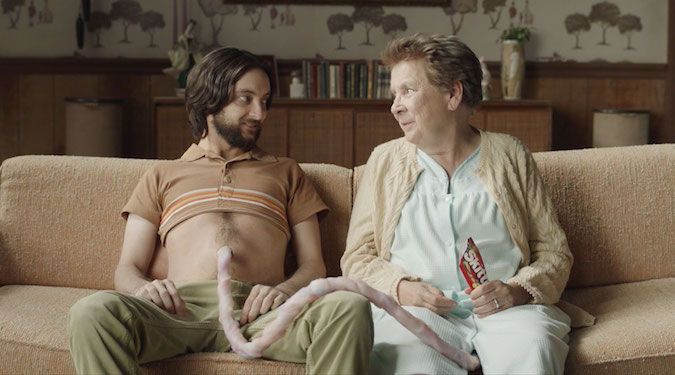 A Mother’s Day commercial featuring a mother feeding her adult son Skittles via umbilical cord has been pulled by Skittles after a poor response.

“We made this video for every mum who likes gross jokes,” Matt Montei, senior directions of confections at Wrigley US, tells Adweek.

“And we’re taking it down for every mum who doesn’t,” he says.

The brand is well-known for slightly unusual commercials surrounding the human body – with ‘milked man’, ‘Beard’, ‘touch’, and ‘Skittles-pox’ as memorable examples – but Marketing understands this is the first to provoke enough bad press to be pulled.