Heath Campanaro shares lessons he learned while taking on Australia’s largest and most ambitious experiential project, the Spirit of Anzac Centenary Experience, which is taking the Australian War Memorial’s museum experience on tour throughout Australia. 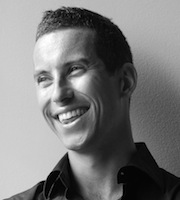 The Spirit of Anzac Centenary Experience is a traveling exhibition commemorating The First World War. It is almost half the size of a football field, takes 20 trailers to carry around the country, and features over 200 artefacts from the Australian War Memorial, including heavy artillery, other weapons, wooden legs, knitted socks, priceless paintings, trench batons, you name it.

The project took us two years to design and build, and will be on the road for almost two, traveling to 22 destinations around the country. It’s an incredible feat of creativity to have designed and produced this experience, and it’s just as complex and challenging manage the logistics around the tour.

It’s an absolute career highlight project for everyone involved, there is no doubt, and we’ve learned an awful lot along the way. Here are a few lessons that stand out so far.

History has no opinion

One of our first and most surprising lessons was learned in working closely with the history team at the Australian War Memorial (AWM). Raised on goodies and baddies, winners, losers, instigators and villains, our creative team approached the content of the story with an absolute bias towards the allies. England, France, Australia, our Kiwi cousins, the US and the Canadians were the goodies, clearly, after all. They started it right?

We learned very quickly to add no colour, to make no judgement, and to offer no point of view. What happened happened. Tell it how it went down and allow the reader to make their own mind up.

The true reality was that it was brutal, the victims were all largely unprepared, and the result was unparalleled in any conflict. There were no winners.

A shared vision is critical

This is a complex project. The project is funded and governed by the Department of Veteran’s Affairs, the Australian Defence Force, the AWM, CommBank and Telstra. All very powerful, determined organisations, all with differing audiences to appeal to. The only way it could have worked is if all organisations rallied together towards a common goal.

In this instance they have – to bring this incredible story to as many people around Australia as possible in a way that will educate, commemorate and leave a lasting memory of what these brave people did 100 years ago.

Culture clash can be liberating

Historians and historical institutions don’t work like we do in the marketing and advertising world.

Timelines are long. Very long. Work is carried out in a fastidious, exacting, accurate way. Pretty much at the other end of the spectrum to the break-neck pace, highly inventive way in which we go about our every day. At first I think our approach and pace clashed and scared the Memorial.

In the end I think they learned that sometimes a bizarre combination on (largely) unlearned fellows looking for new ways to tell their stories way liberating. We may not have quite met in the middle all the time, but we stretched them, surprised them and delivered something very different from where they may have taken it themselves.

The most important person on the project

In most agencies creative directors have a pretty big say, and are mostly the difference between work being good or extraordinary. On this project the most important person was the truck driver. Or the forklift driver. Or the guy up a boom lift lining up the projector over the Gallipoli installation. Or the team receiving thousands of people a day with a smile. Or the guy who managed the 100 guys building this thing, or even the guy installing the knitting needles next to the knitted socks in a display case.

It takes 50 people on the road to tour this project. Thousands of volunteers will help along the way. Amazing creative talent, producers, devs, builders, logistics experts, drivers, project managers, the list goes on. and there has never been a most important person on the project. It is a licorice all-sorts bunch to deliver something so detailed, finessed, and beautiful – but that needs so much grunt and heavy lifting. It has taught us all the importance of teamwork like never before.

Have you ever wondered how a cannon sits on the back of a truck? I hadn’t either, and I didn’t expect to ever need to know. But we now know exactly how a canon fits next to a crate carrying priceless art, original uniforms, weapons, floor tiles, wall panels, lighting rigs, you name it. We know how soft the suspension needs to be, what the ambient temperature and humidity must be at all times, and most importantly, exactly which box goes in which truck at what time, in what order and how.

I imagine it’s like packing a submarine, only we have the equivalent of 10 of them. Behind every rock’n’roll gig, traveling event or exhibition sits a Tetris Master who has a brain the size of a planet when it comes to the logistics of making a project like this hum. At times they are the most important person on the project.

Designed to fire artillery the size of a person. Designed to be shot at. Designed to be towed by trucks and trains, dragged behind horses across mud, snow, rivers and much worse. 100 year-old, 3 tonne steel mayhem making machines. Only to be handled by experts please. Do not touch kids. Please stay back!

We’ve grown to understand and appreciate the extremely rare, priceless nature of the artefacts we’re responsible for, but it was a huge shock to the system to see just how delicately these seemingly bullet-proof (pun intended) items need to be handled. We also need to Police visits prior to opening at each site to ensure our weapons are adequately protected and displayed according to each State’s ruling.

There are so many more stories that go along with this project, and I’m sure so many more to come as we continue the tour. It’s been an amazing ride.

We’re in Sydney next year to close the tour. Come and see it, it’s the only way to understand the sheer scale of the undertaking. Sometimes I think we must have been mad… maybe that’s what makes it so much fun.