In 2011, Mission Australia embarked on a journey to reposition itself internally and externally as not only a leading charity, but also as an advocate and voice for change on social policy.

In early 2012, as part of this journey, Mission Australia wanted to create a breakthrough communication campaign to maximise the impact of a three-year research project about an innovative homeless intervention, The Michael Project. The campaign needed to ensure the findings from The Michael Project were heard by decision makers in government and key stakeholders who could drive action on social policy development. It also recognised the vital role its own employees and donor members would play in this strategy. The Michael Project was entirely philanthropically funded and was designed to demonstrate that it is possible to transform the lives of homeless men in a sustainable and cost-effective way. The launch of the research results in April 2012 represented the first step of a year-long program to gain government support and action on this important issue.

Mission Australia asked Ogilvy Impact to work with its in-house brand and communications teams to help influence behaviour through storytelling, and to leverage the pivotal role that engaged supporters, advocates and employees play in building a movement for change.

A good story well told is at the heart of engaging people and compelling them to change behaviour and act.

Gaining the attention of government stakeholders about funding is always a challenge and public support for an issue like homelessness is always tempered with a sense of powerless that leads people to switch off. So while the report contained important and detailed findings, a document running to 70 pages was not the answer.

The approach taken used the findings and graphic elements from Mission Australia’s research to create a compelling visual story that had the power to capture hearts and minds, and therefore inspire desired action.

With a widespread perception that homelessness is a costly and intractable problem, the campaign created a dissonance for the audience by asking ‘Could it cost more to keep someone homeless than to help them?’ and then showing how The Michael Project proved that solving homelessness transforms lives and saves taxpayers money. 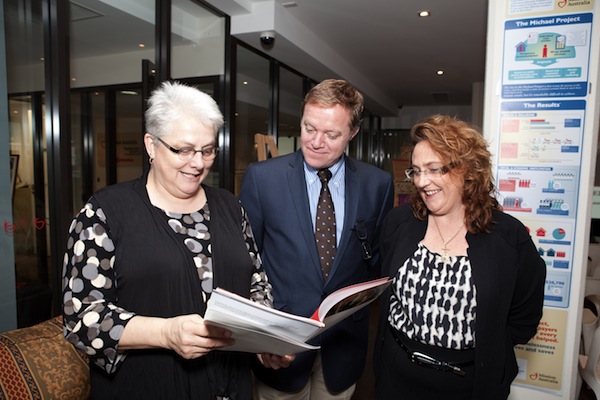 Sensitivity to the budget was a key consideration in the strategy and execution of the project, so Ogilvy Impact provided services pro-bono. Two key executions were created: an online infographic and a moving presentation to showcase the research results using cost-effective cloud-based program, Prezi. Key project messages were simplified and woven into a short, compelling story that effectively captivated the audience.

The Prezi was converted into a video that was uploaded to YouTube and embedded in Mission Australia’s website alongside the infographic, creating another channel for advocacy. The visual format drove online sharing and additional coverage over a variety of online social channels including Twitter and Facebook, allowing Mission Australia to cultivate online advocates for the future by giving them compelling content to share. These tools were useful especially for those who lacked the time to read the report in detail.

The video and infographic [download PDF] became an important focal point for the integrated communication campaign across free media, online, social media, as well as through communications with donors, corporate partners, government, academics, and the community sector, most of it taking place on the launch day.

With many Mission Australia staff across the country working in homeless services, they are also the front-line advocates and experts and once embedded on Mission Australia’s intranet, the video and infographic also provided the perfect opportunity for employee conversations both within the organisation and with their personal networks.

The launch day in April 2012 kicked off a pleasantly surprising number of conversations, with a virtuous cycle created between extensive free media coverage of The Michael Project, social media, and stakeholder engagement, with the results widely linked to the compelling storytelling. Results included:

Other organisations have begun reporting on The Michael Project in their communication – including homeless peak bodies and the enewsletter of the Social Inclusion Unit of the Department of Prime Minister and Cabinet and the infographic and Prezi will provide a focus for ongoing stakeholder meetings for weeks and months to come.

This is just the start of a year-long journey of to change the debate about homelessness in Australia and to support Mission Australia’s desired repositioning as a social advocate.

Visit the Mission Australia website to view the video and infographic. 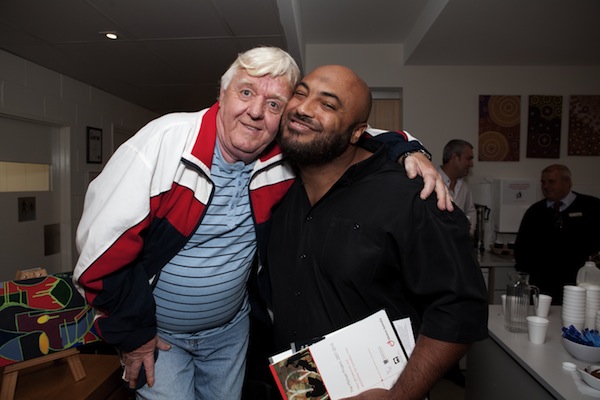