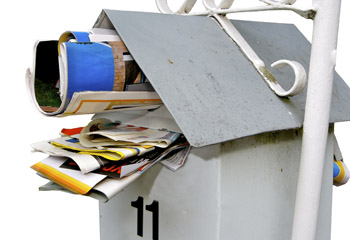 Junk mail is enormously effective in boosting in-store sales, at least in the discount variety segment, according to a study by the University of Sydney.

What it found augured well for junk mail, with sales increases recorded for a number of products including a 67% jump for disposable razors and a dramatic tenfold increase for sandwich toasters. By contrast, the in-store radio advertising had little or no effect on sales.

Professor Areni says the result in favour of the less sophisticated junk mail approach over the more sophisticated in-store radio were surprising.

“The junk mail caused a serious lift in sales – something was going on, people were looking at the junk mail and reacting, whereas the in-store radio didn’t perform nearly as well,” he says. “While people may say they hate junk mail, somebody out there is having a long look at it and planning their purchases around what they see.”

In-store radio, which some retailers are spending millions of dollars on, is still relatively new in Australia and has potential as an effective in-store marketing tool, according to Professior Areni.

“Consumers are creatures of habit… it may simply take time for consumers to learn to listen for good deals while they shop. Junk mail is a very common form of advertising for this type of store, and as they arrive regularly at the beginning of the month, it could be that consumers may simply be used to looking for them.”