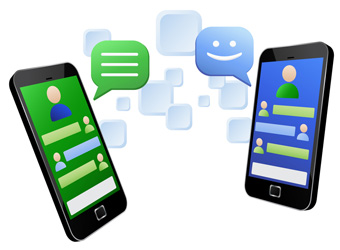 The telecommunications industry looks set to be the next sector to feel the disruption of the internet in full force, and it is marketers who are being charged with the task of unearthing new markets and revenue streams.

Marketers in the $1.3 trillion global telecommunications industry are being both challenged and enabled by free over-the-top (OTT) communications service providers, such as Google, Skype and Facebook, according to a report from the Chief Marketing Officer (CMO) Council.

Conducted in partnership with HP, the CMO Council’s ‘Profitability From Subscriber Acuity’ study found telco marketers around the globe are courting OTT players for partnerships and revenue sharing opportunities, as the role of the marketer expands into creating and developing new markets alongside their more traditional functions.

Some 44% of the 222 telco marketers surveyed are actively exploring OTT partnerships and revenue-sharing opportunities, while 31% are identifying potential revenue streams from new products or services that can be offered to OTT players, including subscriber analytics and behavioral insights.

“This shift tracks with marketing’s role of leading the charge for new market and revenue opportunities,” Liz Miller, vice president of programs for the CMO Council, says. “What is clear from this study is that marketing has been tasked with owning the customer experience and driving bottom-line revenue improvements. Considering that research has put the potential revenue loss from OTT starting at $13.8 billion in 2011 alone, it is not surprising that telco marketers see OTT as an opportunity to exploit.”

This represents a shift in the mindset of telco marketers, who once viewed OTT services as a threat. A year ago, a CMO Council study found 88% of executives considered OTT innovators as competitors, and only 6% were actively forging partnerships.

The study, conducted during the second to fourth quarters of 2012, also found telco marketers are now deeply involved in identifying and developing business opportunities, including new pricing plans or new products and services. 29% are driving the process while 36% are deeply involved as the key contributor.

This involvement is increasingly occurring at the beginning of the process, with 54% of marketers involved in pricing and product development discussions from the very start, while only 9% feel they’re brought in too late in the cycle.

Siloed data was nominated as the top reason marketers felt held back in their ability to influence and optimise pricing models.

The trend of marketers having greater involvement in unearthing new markets has also been noted by Beth Comstock, the chief marketing officer of General Electric (GE), who argued there’s a need to move beyond the basics of the discipline in an interview with Think with Google.

“It’s no longer enough to just be about brand and communications,” Comstock said. “Marketing is now about creating and developing new markets; not just identifying opportunities but also making them happen.”