Telstra internet goes down, takes 24/7 social media support with it

Telstra internet goes down, takes 24/7 social media support with it

If you’re reading this on your Telstra NextG-connected iPad, congratulations. You are possibly the only one.

The nation’s biggest telco has been struck with connection problems over the last few hours. Some users have been having problems achieving a connection, while some are having intermittent issues and trouble maintaining a connection.

Telstra’s service status page is giving the green light (as at 3:10pm). But it was last updated at 9am. Since then, there appears to have been widespread outages in its internet services, including Bigpond and NextG, as far as we can tell at the time of posting, in Melbourne, Sydney, Canberra, Brisbane and possibly on the west coast as well.

Of course, a major focus from the telco lately has been a push towards social media platforms Facebook and Twitter as a source of 24/7 customer service. That’s all well and good, until the internet goes down. Which it did.

So with @Telstra not able to reply, the storm of comments and pleas in the Twittersphere and Telstra’s Facebook page is going unanswered. Some are very angry, of course. But some are also very amusing. Some highlights: 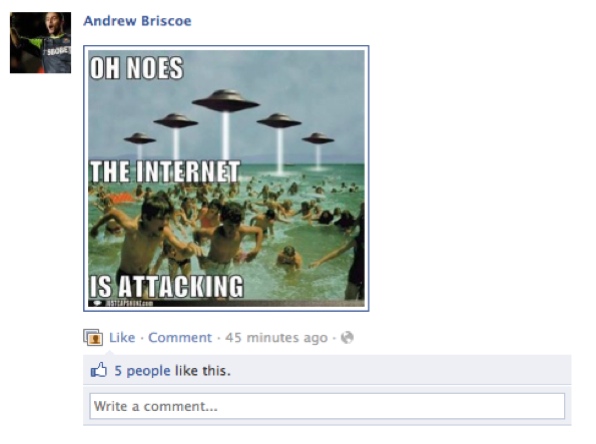