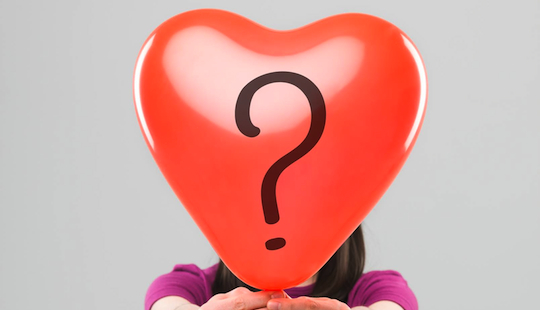 NPS has been singled out for harsh criticism by many, writes Ebenezer Banful. Is it justified or just misunderstood? Why the vicious attack on NPS and not on the others?

What will the game-changing tool kit look like for the next-generation of Customer Experience Management?  If Dr Dave Stewart and Prof Steve Worthington have their way, the metric of choice won’t be NPS. In their recent ‘open letter to CMOs’ published by Marketing, Stewart and Worthington, suggested they had exposed NPS “to be a failed metric based on unsupported claims and false assumptions”.

READ: An open letter to CMOS: why you shouldn’t trust net promoter scores »

RELATED: The problems with net promoter scores: how to better measure customer advocacy »

Dr Stewart and Prof Worthington make an interesting point about metrics, one probably worthy of debate, about why in the world of customer experience are we still so obsessed with metrics anyway? That said, if you consider the words of the statistician George Box: “All models are wrong, but some are useful. The practical question is, how wrong do they have to be, to not be useful?” It’s interesting to consider that for all the metrics of the financial system, many failed during the Global Financial Crisis. German Bank Deutsche actually went as far as admitting back in 2010 that their metrics failed them and would likely fail them again.

In calling NPS a failure it is interesting that Stewart and Worthington point to evidence from a 2007 study. However, they seem to have focused on the advocacy part of NPS as opposed to a feedback metric for retention. An academic study written this year suggests there is a predictive power of NPS. Perhaps an opportunity exists for some people much smarter than me to take NPS and all the other alternatives to court and test them out against real company challenges like reducing churn, improving profitability, decreasing the cost to serve etc. A failure it might be, but, I’d love to know what the negative consequences have been for companies who have taken up NPS.

As Stewart and Worthington suggest, it is probably a good idea for CMOs to be a little suspicious of consultants claiming to have the magic wand to cure all company ills. Too often it is snake oil, however, it is also important to keep an open mind and explore alternatives to what you know and what you do. History has many incidents where a very simple solution solved very complex problems. As the programmer Larry Wall once said: “Using a simple tool to solve a complex problem does not result in a simple solution”. Sometimes we can actually know too much about the complex world meaning we stop asking questions or looking for alternative answers to our problems.

Having intent to grow doesn’t mean you will, and the authors of the latest trashing of NPS suggest we should be looking into growth scores. Why does having a ‘growth score’ matter? Is it really any better than the very NPS score they derided as a failure? How does a ‘growth’ score help  organisations change performance? If you’re the company that has been on a path of decline, how does knowing how many customers are prepared to accompany you on a ’growth trajectory’ help?

Sometimes you can be too knowledgeable about what works and doesn’t work, so much so that you don’t see opportunities. Didn’t Nokia, a company that loved metrics, and others like it, fall into that trap? I’d personally be keen to see the academic discussion on customer experience move towards how organisations go about creating mutual value. How can organisations better execute against their mission and values? How can organisations adapt and change organisational habits? And how do we actually influence customers for mutually valuable outcomes?

Stewart and Worthington are right, NPS is a flawed metric, but aren’t all metrics flawed? There is no perfect metric, every single metric has flaws or biases your thinking in some way, so perhaps it should be an acquittal for the much attacked NPS.