Out of home (OOH) advertising has shown stable growth while other traditional media channels have declined. But this is not to say the OOH scene is standing still. Like all communications, out of home ad executions need to work harder, better, faster and stronger to cut through.

In this Top10, Marketing brings you a look at some of the innovation that has driven this market to grow: ten of the best OOH executions from around the world. Starting with…

To capture the attention of the passerby, OOH ads need a visual element that stands out. In this billboard by TBWA/NEBOKO, the visual element is a giant hand reaching from behind the billboard giving the beer a ghostly, sought-after quality. The billboard was part of the Heineken’s ‘Beer, anyone?’ campaign in the Netherlands. 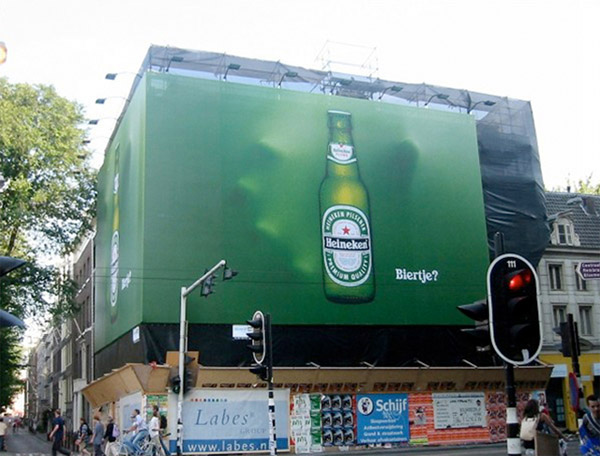 This billboard for HBO TV series Hung uses a similar concept to the Heineken billboard above but with a different subject matter. Created by Colenso BBDO to promote the premiere of the show on New Zealand television, it was sure to grab attention and left no doubt over what the show was about. 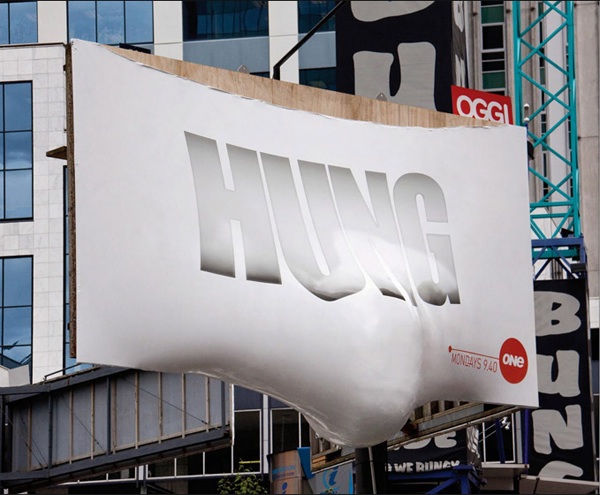 In this execution we see larger scale visuals that break out of the billboard. Created by TM Advertising in Texas, USA, the joint initiative showcases Coop’s Paints splashed over the parking lot and cars below. Enter Nationwide Insurance as the perfect option for helping the hapless owners repair the damage to their vehicles! 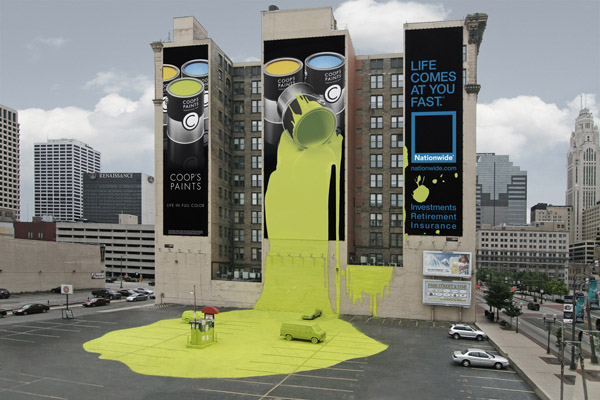 Situated in one of the most cluttered advertising spaces in the world, this execution in Tokyo introduces movement and a quirky, entertaining spectacle to watch. It was one that jumped from its offline media channel into the mainstream press and social media. TWBA Japan picked up two Gold Lions at Cannes and several Best of Show awards including the Grand Clio.

This execution introduces video and grand production values to the equation. Also located in one of the busiest pedestrian areas in the world, Times Square, the 15,000 square foot LED billboard ad sought to bring to life the A7’s tagline ‘A boldly designed car deserves a boldly designed world’.

This execution is pester power at its best. Parents leading their children past these wrestling actors dressed as toys would have been hard pressed to avoid being dragged into the toy sale Target was promoting. Created by the Campaign Palace, the hands were attached to the actors to give the illusion that they were being manipulated while they wrestled. 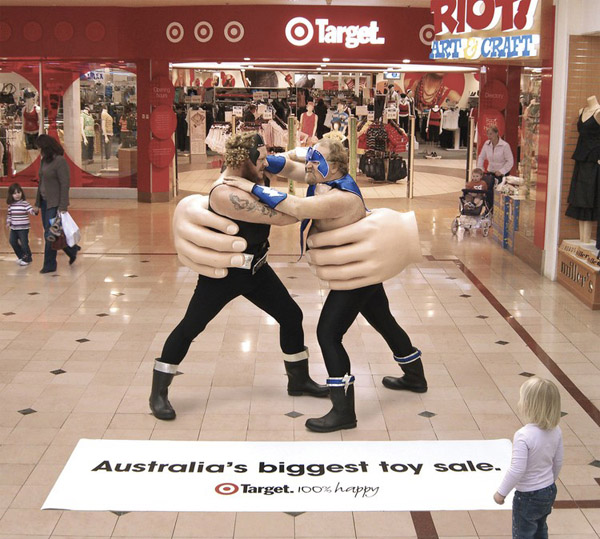 This immersive example comes from Espaço/Z in Brazil. A patch of 45 metres along each side of a subway tunnel was plastered with imagery from the movie to simulate an impending flood. 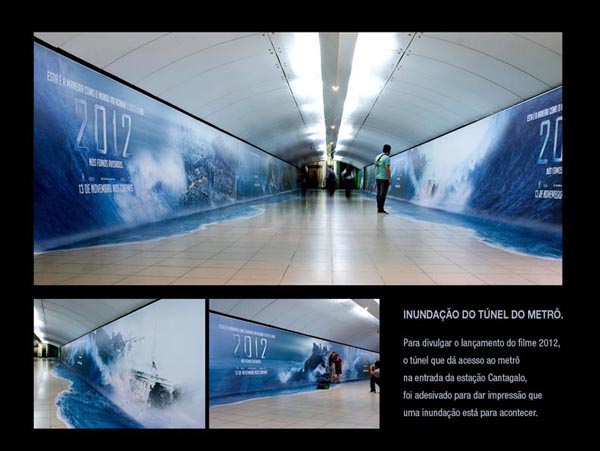 Amnesty International placed an actor in a see-through suit case in Germany to coincide with the 60th anniversary of human rights in 2008. Named ‘Frau im Koffer’ or ‘Woman in suitcase’, it is a great example of an innovative ambient campaign with cut-through.

In Rotterdam, The Netherlands, bus shelters were kitted out to display the weight of commuters when they sat on the bench. Created by N=5 Amsterdam, the simple billboard displayed the weight for all to see. A little too forward perhaps, but definitely an interactive execution that couldn’t be more on brand. Nothing like a bit of public embarrassment over your weight to shame you into the gym. 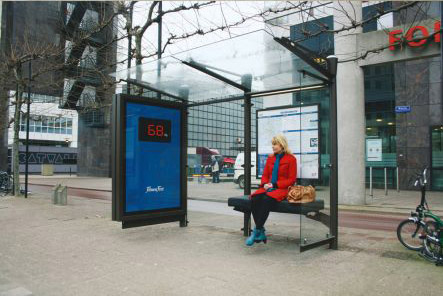 OOH executions that tie in an experiential element (see our list of the best experiential campaigns of 2011) have the potential to leap channels. If the offline experience is good enough and big enough people who see it can’t help but talk about it. Of course this is the goal with many of these campaigns: to make the execution more engaging than any push communication can be and turn it an experience the consumer can own and wants to talk about. This campaign from French agency Marcel was shared 656,989 times across Facebook, Twitter and the blogosphere during October 2011, making it one of the biggest viral successes of the year.