Two firsts for Harley-Davidson: an electric motorcycle and a co-creation research project

Two firsts for Harley-Davidson: an electric motorcycle and a co-creation research project

Harley-Davidson is embarking on an innovative co-creation and market research project with its new electric motorcycle, Project Livewire.

Harley-Davidson chief executive officer John Olin announced in a video to investors last week that the historic brand’s first electric motorcycle would not be available for sale and no timeline was yet planned to bring it to market.

Gauging customer opinion would instead be the focus, through a fleet of the new vehicles touring the US this year and next year visiting Canada and Europe. “For now our goal with Project Livewire is to gather feedback on the motorcycle and market potential,” Olin said.

President and chief operating officer Matt Levatich added: “Getting customer input on the bike is the main reason for introducing Project Livewire now. We know that electric vehicle technology is rapidly evolving, so we’re excited to learn what matters most to our customers.”

Project Livewire yesterday began its 30-city US tour in New York City, announcing the first few stops at dealerships to offer test rides of the new bike. Non-riders can even test the electric bike through a simulated riding experience called Jumpstart. 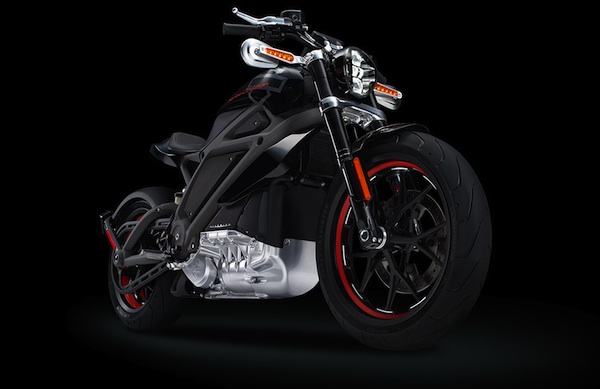 Olin said the company expected the electric motorcycle to appeal most to its international market and the segment in the US it calls ‘outreach’ – women, Hispanics, African-Americans and young adults. In recent years, aiming to grow its already large market share (number one in the US), the company has focussed on building customers from these ‘outreach’ groups with its ‘fatten the tails’ strategy.

The 111-year-old brand says it is drawing on its innovative brand history by moving into the electric space. But Olin and Levatich were quick to distance the innovation from that of electric vehicles, instead comparing the bike to the first electric guitar: “It is an expression of individuality and iconic style”.

RELATED: Infographic: co-creation and the collaborative economy – sharing is the new buying »

Marketing trawled the Harley-Davidson forums and found that many fans were supportive of the idea of an electric motorcycle and impressed with the company’s innovation.

Ken wrote on HD Oz: “It’s not my type of bike, but they sure put a neat package together with this one. They may as well get on top of the electric market rather than tag along behind years later. This might stop those HD haters from their constant complaining about how Harley still live in the old days.”

Picker wrote on Australia’s HD Forums: “I personally think it’s awesome they are throwing their hat in the ring for the clean stuff. Traditionalists may turn their noses up but the potential to do good things for the HD brand is massive.”

Pat Anbe wrote on the USA’s HD Forums: “This would be a great step forward from a company many believe don’t have the sense to keep up with the times and improve their bikes… This electric bike shows that Harley is investing in the future of the company and our world.”

Adam Wright, marketing manager at Harley-Davidson Australia, is coy on if and when the bike will make it to Australia: “This electric technology is rapidly developing and we will continue to evaluate and monitor this market opportunity,” Wright told Gizmodo. “One of the objectives of Project LiveWire is to gain deeper insight into market expectations through the eyes of riders to better understand what matters most to them with this type of vehicle. Part of this project is inviting customers to define what the future looks like for us.”

Here’s a teaser video Harley Davidson released of the Project, which gives a glimpse at the bike and idea of the very different noise it makes.