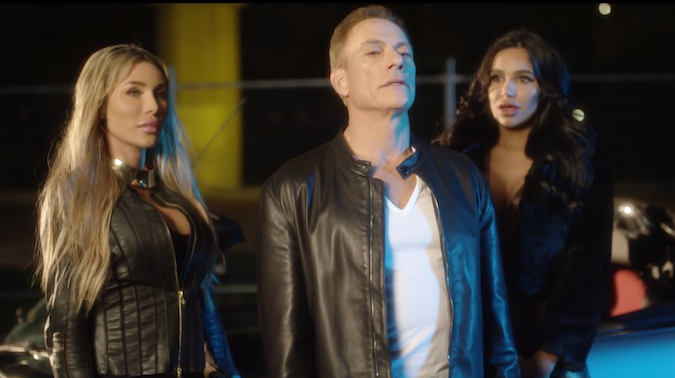 500 Digital Media has issued a release stating that while it understands the Ultra Tune ads “are not everyone’s cup of tea, they do tick that important goal of marketing: attention.”

Numerous campaigns the company as made for Ultra Tune have encouraged numerous complaints, primarily centred around discrimination, exploitation, degradation and sexism.

Arguably the most memorable ad for Ultra Tune is ‘We’re into rubber,’ which features women in skin tight rubber outfits. It was the Advertising Standard Bureau’s most complained about ad of 2016. It should be noted ‘we’re into rubber’ was not worked on by 500 Digital Media.

With 418 complaints, it is the Australia’s second most complained about ad of all time, runner-up only to Ashley Madison’s questionable-but-catchy ‘I’m looking for someone other than my wife,’ way ahead of the pack with 643 complaints.

“In our considerable experience, a majority of advertisers tend to ‘play it safe’ with predictable, conservative messaging that may get their brand out here but does little to differentiate them in a glutted marketplace,” says Shannon Young, a producer/director at 500 Digital Media in the release.

“Ultra Tune CEO Sean Buckley came to us with ad ideas that are high-concept, entertaining, set out to deliberately disrupt, and we’ve worked actively with the client to achieve those goals,” Young says.

For 500 Digital Media, it seems it’s all about engagement. “Whether you’ve been vocal about the ads, or taken them as they’re intended, you’ve been engaged by it. The whole industry could take learnings from this,” says the production team.

“To put it simply, it catches enough attention to be talked about long after the ad has finished. It is a conversation started – bring it up to your friends in conversation, ‘have you seen the Ultra Tune ads?’ and watch the engagement,” says the release.

Despite the 418 complaints, the ASB did not rule that the ad was in breach of standards.

The complaints considered in Case Report 0024/16 were Code issues 2.1: discrimination or vilification of gender, 2.2: objectification, exploitative and degrading – women, and 2.4: sex/sexuality/nudity – general.

Section 2.1 of the Code declares “advertisements shall not portray or depict material in a way which discriminates against or vilifies a person or section of the community on account of race, ethnicity, nationality, gender, age, sexual preference, religion, disability, mental illness or political belief.”

The Board determined that ‘We’re into rubber’ doesn’t breach Section 2.1 of the Code, as explained here:

Section 2.2 of the Code states “advertising or marketing communications should not employ sexual appeal in a manner which is exploitative and degrading of any individual or group of people.”

Conceding that the advertisement depicts women as sex objects, the Board however, notes that the ad would be need to be both exploitative and degrading to be in breach of Section 2.2. It determined the ad is no in breach of this section of the code. It said in response:

“…some members of the community would find the use of female models to promote an automotive service to be exploitative but the Board noted that the Code does not prohibit this of itself. The Board noted that the two women are wearing tight rubber body suites but considered that in this instance although the women’s breasts are enhanced by the style of clothing the women are wearing, their breasts are not the focus of the advertisement… whilst it is not necessary for the women to be wearing low cut clothing, their clothing does have some relevance to the advertiser’s products and tagline, and the women’s physical features are not the focus of the advertisement.”

Finally, Section 2.4 of the code enforces “advertising or marketing communications shall treat sex, sexuality and nudity with sensitivity to the relevant audience.” It found the ad did not breach this section of the code.

One Ultra Tune ad that was pulled by the Bureau features two women in a car driving onto the train tracks, seemingly unknowingly before stopping on the tracks and getting hit by the train. This ad received 208 complaints. It also was not developed by 500 Digital Media, which only made Unexpected Situations number two, three, four and five.

In Case Number 0175/16, the ASB initially found it was in breach of article 2.1 of the Code, mainly because the women are depicted as unintelligent. It says:

“… the women appear unintelligent and until the last minute are completely unaware of their surroundings of the danger they are in… In the board’s view the overall impression is that the women in both  versions of the advertisement are presented in a manner which incites ridicule on account of their gender… The modified 15 and 30 second advertisements did portray or depict material in a way which discriminates against or vilifies a person or section of the community on account of gender.”

Related: What are the rules and regulations surrounding truth in Australian political advertising »