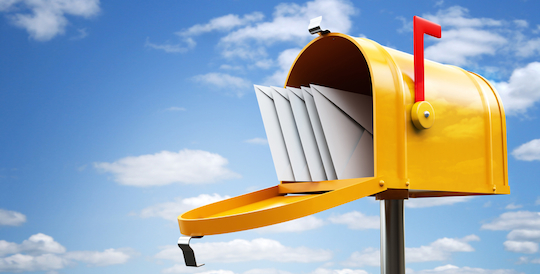 We asked two veteran direct marketers for their thoughts on the latest news from Australia Post that will see a two-tiered pricing model, with increases for both.

It still needs to get past the ACCC, but the changes announced by Government and Australia Post this week would see regular letters take longer and cost more ($1), while priority letters would take the same time as regular letters currently do and cost more still (possibly starting at $1.50). The changes would come into effect around September 2015.

What follows are comments from Australia Post, the Minister for Communications, and two veteran direct marketers Marketing asked for comment.

The CEO of Australia Post spoke at a press conference this week following cabinet’s approval of the changes proposed by the Minister for Communications:

“Australia currently has the lowest basic stamp price in the developed world.”

“These reforms mean we will be able to reduce our losses in the letters business and we will be aiming to get it back to break-even.

“The letters business won’t make a profit, and that is not our objective. Our objective is to reduce the losses so that we can support five days a week delivery of mail and secure the future of post offices across the country.”

“Unfortunately we must raise that price to ensure we can maintain the service, including five-day-a-week delivery and over 4000 post offices.”

“Taxpayers, through Australia Post, can no longer afford to keep subsidising corporate Australia by running a below-cost letters service predominantly for this sector.”

The Minister for Communications spoke to the ABC’s 7:30:

“Letters will be slower to arrive on the regular service – and they will be more expensive – but the alternative is either massive subsidies … or alternatively abandoning the letters business all together.

“Australia Post is facing significant structural decline as people choose to communicate over the internet… Australians are now sending one billion fewer letters a year than they were in 2008, with letters losses rising to more than $300 million a year.

“While Australia Post has been able to offset these losses by growing its parcels business, losses in letters are now so large that they are overwhelming all profitable areas of the business. Without reform total projected company losses could reach $6.6 billion over the next 10 years, with letters losses of $12.1 billion.

“The only reason businesses and governments are still sending letters is because of inertia and because they haven’t updated their billing systems.

“The fact is that whether it’s 70 cents or a dollar it’s still vastly more expensive than sending an e-mail [Ed’s note: the implication being that price is not a factor in deciding whether to send something by post or email].

“As far as consumers are concerned we focused very keenly on that. So any concession cardholders can get up to 50 stamps a year for 60 cents … and there will be Christmas card stamps … at 65 cents.

“Those two categories, concession cardholders and Christmas cards, represent about half of the non-business government mail. So we think we’ve got the balance right, and business have got a massive incentive to move online.”

“Whilst I am sure that we are all sympathetic to the impact on Australia Post of the digital revolution and in particular the decline in mail. (That said, the digital revolution has been more than kind to Australia Post’s parcels business.) But, as email communications become increasingly cheaper and cheaper, it’s hard to understand how increasing the price of postage will increase demand for letters? I wonder, has Australia Post completed any studies into the impact of reducing postage fees to see if it can drive an increase in usage so businesses can rediscover the benefits of physical mail over email? Wouldn’t it be better to introduce the potential power of mail to the new age marketer rather than price it out of their reach?

“The concept of off peak mail has been around in the US since the time Henry Ford went into mass production of the Model T. They even had it at Australia Post. And remember AdPost? The service provided by Australia Post to encourage marketers to use mail as a medium was removed back in the early to mid 2000’s. Interestingly, AdPost was provided with an Off Peak rate which was heavily used by some of the industries biggest proponents of direct marketing such as Reader’s Digest, but Australia Post elected to remove it. What was the impact on mail volumes for marketing purposes? The trend would suggest not a positive one – is it possible that the continued increases in postage pricing coupled with the expanding number of channels available to connect with consumers has enabled (or forced) marketers to seek out alternatives to mail, regardless of how effective it is as a medium and the level of response rates it achieves?

“Mail is a great direct marketing medium and a fantastic channel for specific demographics and messages. But with every marketer under constant pressure to improve ROI and manage an ever increasing number of channels I’m guessing an increase in price without an increase in value isn’t going to lift mail volumes.”

Our second veteran direct marketer is Frank Chamberlin, founder of the DM Forum, copywriter and trainer at Action Words, direct marketing lecturer since 1998 at Monash University, and previously marketer at AXA and PwC:

“It’s hard to get the full picture on the Aus Post changes at this stage but it seems that if technology has not killed the letters business maybe the government’s moves will.

“Charges of $1.50 and $2 to send a [priority] letter across town seem like a certain way to cut volumes as fast as possible. As per usual, the pricing tool is again being used as the soft option – were there not other possible approaches?

Surely a better option for Post would have been to reduce the number of deliveries from five days per week to two or three?

An affordable stamp with delivery a few days per week may have been feasible for people who still want to use the mail.

“From a marketing point of view, the immediate question is, ‘What’s going to happen to direct mail?’ Direct marketers who do direct mail very well will still be able to do it profitably. But maybe the ones who don’t do it well will be banished from the market. In the charity sector, we have not heard yet about charity mail. If that is maintained, you’ll still receive the begging letters from the professionals who do it well.

“In 2015 we are nothing if we are not flexible and maybe the changes to Australia Post provide another chance for us marketers to seek out other effective ways to market.”