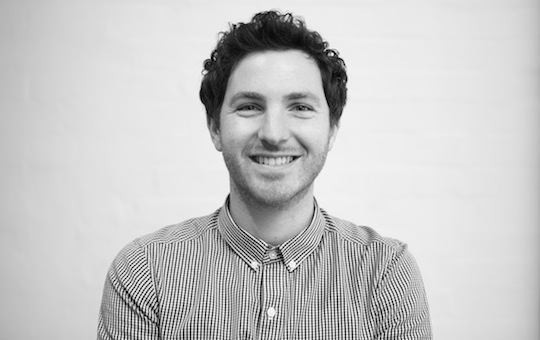 Alex Horner writes that Tesla’s launch of an affordable model electric car this week is the result of a decade of relentless pursuit of an unwavering brand purpose.

Almost a decade ago, Tesla’s enigmatic CEO, Elon Musk, wrote a blog post and published it on the Tesla website. Titled ‘The Secret Tesla Motors Master Plan’, it outlined a highly ambitious purpose for the then fledgling company:

“The overarching purpose of Tesla Motors is to help expedite the move from a mine-and-burn hydrocarbon economy towards a solar electric economy.”

As far as purposes go, Tesla’s was a great one: succinct, progressive and aspirational. There was no waffle. No superlatives. No use of the dreaded word ‘innovative’.

The post then takes things a step further with Musk offering a fairly detailed plan that outlines how he hopes to achieve his vision. Here’s the summary of that plan that he closes his post with:

With the launch of the $35,000 USD Model 3 this week, Musk can put a tick against each step of his plan. The original Roadster was the sports car. The Model S was the more affordable car. The Model 3 is the even more affordable car. And SolarCity (another Musk company) represents his strides towards zero-emission electric power generation options.

Think about that for a second. Consider just how much effort, focus and self-belief it takes to achieve an extraordinarily ambitious vision of this type. It’s not an exaggeration to suggest that many modern brands will have had ten separate purposes and plans within that time period, thanks to ten annual planning sessions in the past decade.

More worryingly, consider also just how few brands have a purpose of this sort at all. Could you sum up the purpose of the company or client you work for in a single, inspiring sentence? Sure, there might be a paragraph or page long mission statement floating around somewhere but a purpose with such clarity and focus is a rare thing indeed.

In fact, the only comparable one I can think of that was both similarly visionary and for the most part actually achieved came from Bill Gates in 1980: “A computer on every desk and in every home.”

A strong sense of purpose for a brand defines the role they’ll play in society, the way they’ll speak or act and the way they’ll affect people’s lives. It also helps us make far better advertising (somewhat ironically, Tesla/Musk are seemingly high profile and PR-worthy enough to not rely on traditional advertising at all).

The purpose and plan are the first things a strategist such as myself will consider when tackling a brief. They’re a crucial ‘checklist’ of sorts – if the strategy doesn’t clearly ladder up to those components, it’s a dud. The same is then in turn true of each and every creative execution.

So having a purpose alone, no matter how visionary, isn’t enough. The best, most successful brands are those that are relentless in their pursuit of consistency. Flip-flopping around with a different strapline, visual style or tone of voice every campaign hinders this consistency. It makes us question just what it is that the brand actually represents.

It’s not just wonky advertising that can harm consistency of course. In an age in which many directors of major companies are remunerated on the basis of quarterly or annual performance, there can be a temptation to focus on short-term achievements rather than a longer term ‘end game’.

Elon Musk and the great success Tesla enjoys are reminders of the need for purpose and consistency. The need to set out a vision, work out how you’re going to get there and then relentlessly stick to it. Exactly what Tesla achieves from this point forward remains to be seen, but nobody can deny that in ten short years, Musk’s company has irrevocably changed the automotive landscape for the better.

Alex Horner is senior strategist at GPY&R Melbourne. He has over 10 years’ digital, direct and brand planning experience across almost every major sector. During his time working in both the UK and Australia, he has gained extensive experience in the retail sector via brands such as Tesco Supermarkets, Boots (UK’s largest chemist), O2 Retail (telecomms) and Australia Post. His experience also includes Virgin Holidays, DHL, Diageo, Peugeot and Accor Hotels.