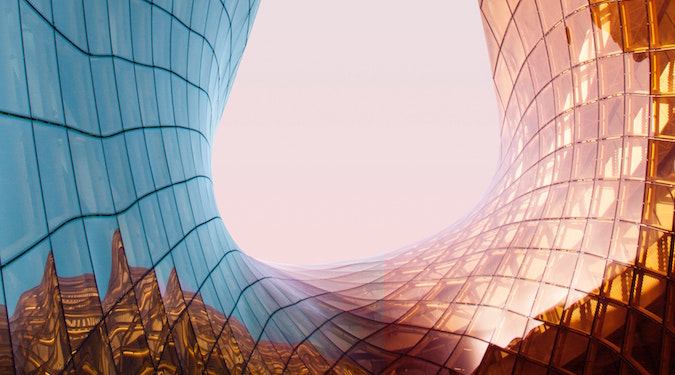 What makes your business unique? Madeleine Swain encourages marketers to rigorous and truthful in the quest to find out, so we can begin to share an authentic brand story.

Just before my sixth birthday my only sibling died. She was taken ill in November and died the beginning of the following February. About a decade later my father was very nearly killed in a car crash that left him with multiple injuries, brain damage and a very different personality. It was his second very close brush with death as he’d also had cancer not long after I was conceived.

I’m now one of those people who, on hearing an ambulance siren, always stops and thinks, ‘Someone’s whole world just changed for the worse’ and perhaps on a sixpence. Now this could be a way of saying in a way I’ve been prepared my whole life for how incredibly swiftly our world changed with the onset of the coronavirus crisis, but that’s actually not what I’m talking about here.

What I’m saying is that those formative events were some of the most critical in forming me into the person I am. They are my story if you like. And I share them with you honestly, because that’s what I’m about to ask of you.

When we present ourselves to the world and certainly if we want to be acknowledged by that world or engage with it in any real sense and particularly any commercial way, we need to know what our stories are. What and who we are, and what we have to offer.

In the previous blog, I talked about the importance of telling our own stories in a sea of other people and organisations attempting to do the same thing. But before you can do that you have to spend the time getting to grips with what that story is.

What is it about you or your business that makes you unique? And remember it may not on the face of it be a completely positive thing… Perhaps you’re the most arrogant SOB on the block? Maybe your USP is that you hate to lose so much that you will do whatever it takes to win?

Or maybe you’re such a sentimental pushover that your business takes on more pro bono or charity cases than paying clients?

The actual tenor of your story isn’t that important – but what is vital is authenticity and that demands that you take a good long and honest look at yourself and your organisation.

Over the last few years I’ve had the opportunity to talk to some fascinating people in the world of architecture (and elsewhere) and every single person I have spoken to has something different to say and, indeed, sell.

Do any of these resonate with you?

There’s Ken Shuttleworth – a wildly successful architect who has London’s Gherkin building on his CV, but left Foster + Partners some years ago to set up his own practice. Unusually though, he eschewed the idea of naming it after himself and established Make Architects, so that if he leaves/retires it will just be BAU with the next generation – and the name of the leader is on a secret piece of paper in the safe, only to be revealed when the time comes.

His company members all also have bought into the business, so they limit the number of cabs they take and extravagant expenditure – they’d only be harming their own incomes.

Then there is a company like Fender Katsalidis, with its founders Karl and Nonda now famous for changing skylines, particularly in Melbourne, but also having a notable impact on Hobart with their work on the Museum of Old and New Art (MONA). But their story undeniably revolves around Eureka Tower in Melbourne, a building that they are now in the process of topping with Australia 108, already the tallest building in the country (by roof height). So they have their names on the two tallest and most unmissable buildings in the Victorian capital. What does that say about the practice? What is their story? Well, it’s not one of shrinking violets or lights under bushels, that’s for sure. But it is loud, proud and bold.

Australia’s most lauded living architect and still our only Pritzker Prize winner, Glenn Murcutt, also has a unique story. Even now after over 50 years in the industry, he remains a sole practitioner, mostly invested in small residential projects. For Murcutt his story, his legacy, is rigour of practice above all, attention to detail and critical consideration of site and context. It’s the absolute antithesis of the buildings that FKA produces, and also very different to the work of Make Architects.

Three extremely successful practices – three completely different stories. What’s yours? Drill down, be rigorous, be truthful and find out what makes you you. And what makes your business unique. And once you’ve done that and really distilled the elements of your story, we can start to talk about sharing it.

Madeleine Swain is the managing editor of custom and client content at Content Brains powered by Niche Media.

Photo by Simone Hutsch on Unsplash.

Tags:
Previous Article
How to succeed with streaming
Next Article
Case study: how premium print launched a luxury brand