Amazon’s 20th birthday will be “bigger than Black Friday”

Amazon’s 20th birthday will be “bigger than Black Friday” 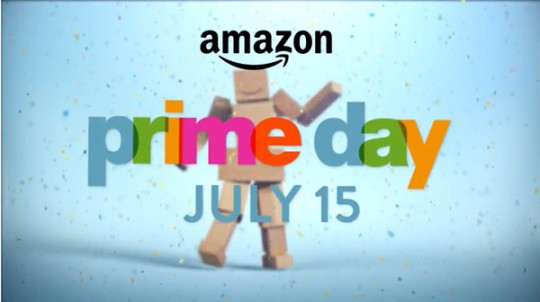 To celebrate its 20th birthday, Amazon is today having a one-day shopping event promoted as “a bigger online sales event than Black Friday” for its most loyal customers.

The event, Prime Day, is exclusively available to Amazon Prime subscription members with sales to begin at midnight 15 July (US time) and rolled out throughout the day.

Savings will be available to members in Australia, Canada, France, Germany, Italy, Japan, Spain, UK and the US.

Additionally, in a promotion designed to show how Prime saves users time and money, members will have the chance to win a $10,000 gift card by submitting photos to a ‘Prime Living’ contest, where photos will be hosted by Amazon’s cloud services.

Originally a free-shipping service, Amazon Prime has significantly grown and now offers multiple features including photos, music and streaming video – the most popular feature among users.

The Amazon Prime subscription service, which costs $99 annually, brings in $4 billion on an annual basis in subscription fees alone and research by Consumer Intelligence Research Partners shows Prime members spend about $1500 on the site each year while non-members only spend around $625 annually.

A recent poll by AYTM Market Research gauged internet users reaction to the sale. Just under 25% of those polled were already subscribers to the Prime program and that subgroup considered itself very likely to participate in the sale. Nearly half reported being ‘likely’ or ‘very likely’ to make a purchase on Prime Day, and another 23.1% were ‘somewhat likely’ to do so.

However, the data suggests that the promotion isn’t likely to create Amazon many new members with fewer than one in five people polled being even ‘somewhat likely’ to sign up for Prime to participate in the sale.

Initially an online bookstore, Amazon has evolved to be one of the largest retailers in the world, selling a wide range of products and services including handmade goods, groceries from local shops and professional services.

Tags:
Previous Article
As budgets rapidly shift to digital, a different type of marketing professional is needed: Marketo
Next Article
How bloggers dethroned the endorsement power of celebrities