Marketing has moved from the radio to the TV, to the computer, from the Desktop to the mobile in the consumer’s pocket – each one a paradigm shift.

The most recent shift from desktop to mobile created a need for more intimate communications. It’s something that brands still struggle with – a mobile is a very personal space compared to a desktop screen.

Now, commentators are heralding the smartwatch as the new frontier. And in many ways, they’re right. The smartwatch will change the way we consume apps and therefore brand content on social. They offer the consumer more control over and access to certain apps, such as like health trackers. They will make using technology an even more natural and habitual than it is already.

But the leap to smart watches isn’t a paradigm shift in the same way that desktop to mobile was. While you don’t wear a phone in the traditional sense, it’s pretty much attached to you and it’s a small, personal space. Smart watches hold many of the same challenges for marketers that mobile does. Small screen, limited real estate, an intimate space; all the problems marketers have been tackling in recent years, but amplified. 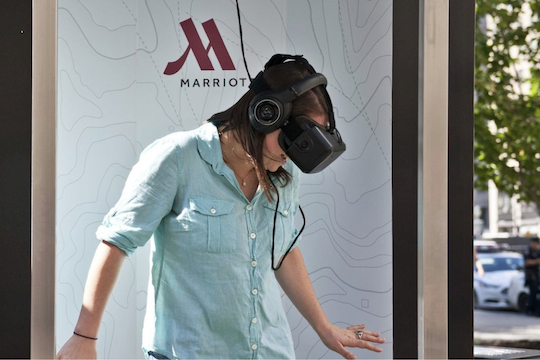 In terms of marketing’s next revolution, my money is on the shift from personal computing to virtual reality, such as Oculus Rift, or augmented reality, like Google Glassor Microsoft HoloLens.

This shift will happen with social thinking at the centre. Facebook’s VP of engineering, Cory Ondrejka, was also the CTO at Linden Labs, who created Second Life. He’s responsible for working with Oculus Rift’s CEO and Mark Zuckerberg to bring virtual reality to a billion people. They’ve got the time, the funds and the ambition to make this happen.

Virtual Reality offers the chance for us to share our real life experiences with the people we care about in a way that will make the viewer feel like they were there with us. In the future we won’t just record our lives with photo and video approximations but will invite our friends to be there with us in the moment, no matter where they are.

Initially creating VR content will be an expensive business that only brands and publishers will be able to afford. This gives them the opportunity to pioneer on VR platforms as the medium develops. The NBA will be giving its fans a VR courtside seat next month, Marriott hotels used Oculus Rift to help consumers explore exotic destinations, O2 gave rugby fans the Wear the Rose experience and we’ve seen John Lewis take an early step into VR using the Google Cardboard model and many more will follow in 2015.

It comes down to choice. Would you, as a consumer, choose TV or laptop? Laptop or mobile? A small watch screen or immersive 3D world? When virtual reality goes mainstream we won’t be looking at social media – we’ll be standing inside it.