Pre-loved paraphernalia from local and international music artists such as Moby and Gotye have turned up in St Vincent de Paul stores this week as part of the charity’s ‘Signed Finds’ campaign.

The innovative campaign, aimed at driving traffic through the charity’s 253 New South Wales stores, kicked off on Monday and will see autographed clothing and other personal items of the artists’ hidden in stores throughout the festival season.

Fans of the acts involved (numbering in the millions) will receive hints about the items’ whereabouts through Facebook and Twitter. This morning, the campaign’s Facebook page sent fans on a hunt for Kimbra’s pre-owned “super cute jacket”.

Julian Watt, ECD at George Patterson Y&R Sydney, said the initiative was highly creative, and one where everyone wins: “Recording artists get to do something cool for their fans and fans can get their hands on an amazing piece of memorabilia – all while helping people in need.

“They might not find the shirt first time, but they’ll likely walk out with some other Vinnies classic.”

The multi-platform campaign is running across print, online and social media. The first year of the campaign will be in New South Wales only, but it may venture into other states in the future. Follow-up drops of signed finds will occur on January 11, which will include artists from the Stereosonic tour such as Kaskade, EDX, Zombie Nation, Dash Berlin and Armin Van Buuren, and after the Big Day Out music festival. 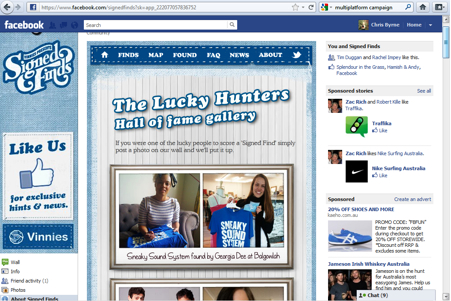 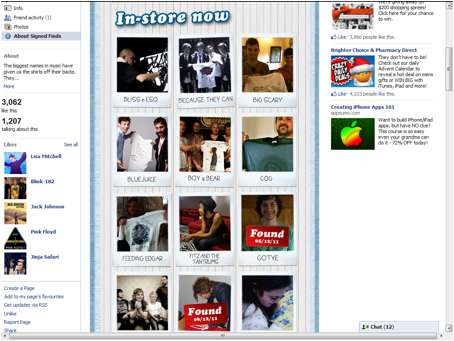