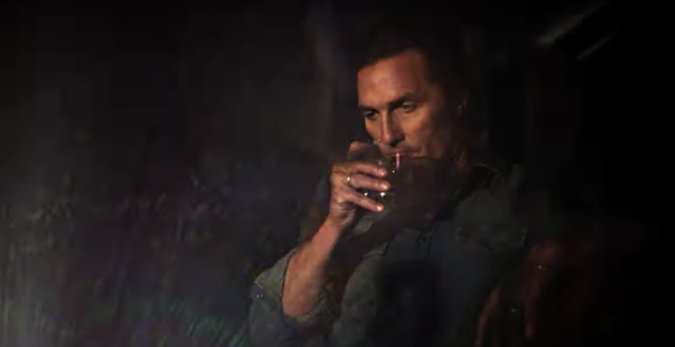 ‘Trust Your Spirit’ is the new campaign launched with movie star and Wild Turkey creative director and spokesperson Matthew McConaughey.

Shot on location in McConaughey’s hometown of Austin, Texas, the campaign is made up of eight short films. ‘Trust Your Spirit’ depicts the home of the Wild Turkey brand in Lawrenceburg, Kentucky through archived footage and projection mapping.

The creative storyline across the films follows McConaughey’s journey of discovering the true meaning of trusting one’s spirit as he explores the grounds of the Wild Turkey rickhouse and its storied history. ‘Black Moon Rising’ by Austin musicians Black Pumas, is the fitting Texan soundtrack.

Australia will be the first country worldwide to release the new creative and global platform. It also marks the first global communication since the previous ‘Real Bourbon, No Apologies’ platform, which served as the brand’s tagline and an enduring mantra.

The campaign will launch in Australia via a series of TVCs, starting with two of the short films. The first is a 30 second homage to master distiller Jimmy Russell called ‘Jimmy’s Spirit’ and ‘Buddha of Bourbon’. These will play in tandem with a 15 second creative spot called ‘The Stars’ which considers humans’ relationship with the celestial universe.

“In all its forms and just like Wild Turkey, Trust Your Spirit is bold and unapologetically confident. This spirit of trust dates back for generations of the Russell family – world-renowned bourbon makers who toast those who also trust their spirit. We’re very proud of this campaign. It’s about celebrating that ethereal voice we all have inside. It’s life undiluted,” said McConaughey.