David Hickey ponders election campaign performance from June data looking at Malcolm Turnbull and Bill Shorten, and how their brands and reputations are evolving in the social sphere.

The party leaders have just about reached the finished line, but who is winning the social battle? As scandals, old personalities and controversial policies have come to fruition over the course of the election campaign over the past few months, it is interesting to see how the public responds on social media.

But while both party leaders are relatively on par in terms of share of voice generated around them as they reach the finish line, this doesn’t necessarily mean their parties have been discussed in equal measure on social media. 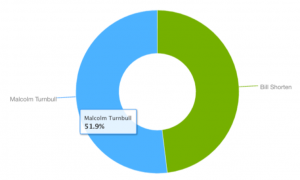 In fact, when it came to share of voice between the parties on social media in June, there has been a greater amount of discussion (58%) around the Liberal Party compared to the Labor Party (42%). 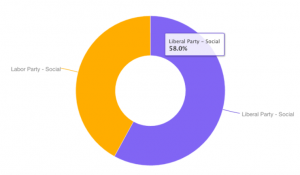 There were some key moments in June, where different parties were the flavour of the day on social media – and these were driven by news stories surrounding party candidates and specific policies and election issues at various points in time. 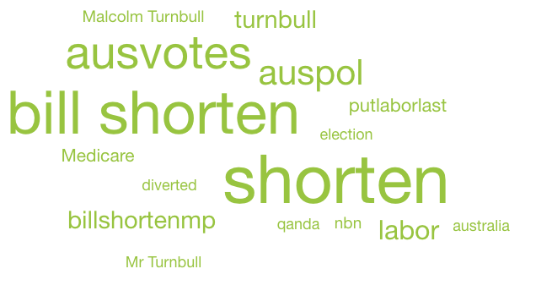 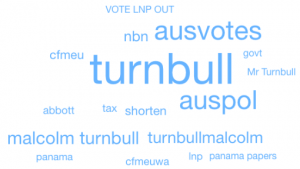 The key issues associated with Bill Shorten on social media were the NBN andMedicare, while for Malcolm Turnbull it was the Panama Papers, tax and the Construction, Forestry, Mining and Energy Union (CFMEU). 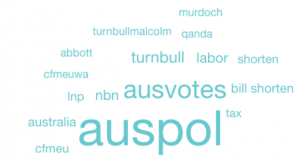 In terms of overall social media mentions of the Australian party leaders around the world, the top five countries for Turnbull and Shorten outside of Australia where users display location on social profiles were the US, Great Britain, Russia, Brazil China and New Zealand.

Overall, Malcolm Turnbull is pipping Bill Shorten at the post when it comes to gaining more mentions on social media for the month of June, and the Liberal Party has generated more chatter than Labor.

Like any brand, there is an opportunity for political leaders and their parties to delve further into the media intelligence and extract some valuable insights into sentiment around trending topics, that can help shape policies and the way they and their teams deliver messages that resonate with the public.