Storytelling on the new screens of the future

Storytelling on the new screens of the future 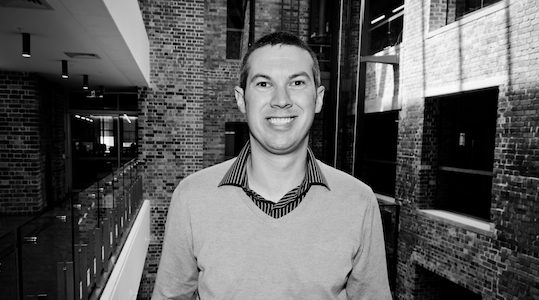 James Keeler, strategy director at The White Agency, is currently having his mind blown at South By Southwest 2015 in Austin, Texas. He enjoyed this session, ‘Storytelling on the New Screens’ so much that he decided to share his learnings.

This session blew my mind, so I thought it deserved its own article!

It talked about connected homes and connected cities, and how these can be used to tell personalised, interactive and immersive stories.

So what are ‘the new screens’? Well they’re not screens as we know them. Everything and everywhere can be a screen, or more accurately can be part of the story. Any connected thing can interact with you and the characters in the story, and the story can be different for everyone.

And taking the idea more broadly, how could you create your own experiences in the connected home or the connected city? So physical things and spaces can become part of the story. Using your connected watch or wearable device, as you move through the physical space, the story unfolds around you in 360 degrees, and is personalised to you based on your actions.

This could be stories you create yourself for your kids using soft toys ringed on a 3D printer in your garage based on their drawings, or it could be next-generation gaming such as Dungeons and Dragons or World of Warcraft, but rather than as a board game or screen based experience, it plays out as you move around the house or the city.

You could in effect turn your home/city into a theme park.

We’re looking at a future where interactive games, 360 degree theatre and digital content all come together into single experiences which use connected cities, wearables and data to deliver personalised stories all around you.

Check out the Annenberg Innovation Lab at USC for more.