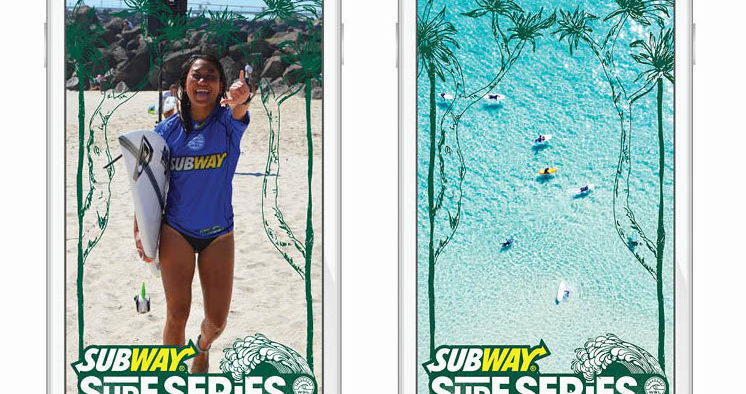 Subway has created a Snapchat geofilter to extend on its 2017 sponsorship of junior surfing tour, Subway Surf Series.

To establish its tie to the junior surf tour, the Subway Surf Series, quick-service restaurant brand Subway has launched a branded Snapchat filter.

The Subway Surf Series is an internationally recognised surfing event, aiming to propel Australia’s leading junior surfers into successful careers. The Snapchat geofilter debuted over the weekend at the first event of the series at Bells Beach.

“Snapchat really resonates with one of our core segments. It’s a really interactive way for both the surfing community and Subway fans to engage with us on a digital level,” she says.

It will appear again in the next instalments of the Surf Series at Cronulla on 23-25 January, Sunshine Coast on 22-23 April and Gold Coast on 6-7 May.