Viral marketing – a lesson from Kony 2012

Viral marketing – a lesson from Kony 2012 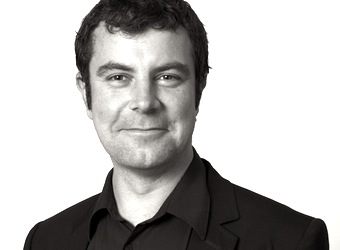 Achieving viral spread is the dream of every online marketer eager to capture global interest. That dream has certainly been brought to reality by Invisible Children’s Kony 2012/Stop Kony campaign.

The campaign, which advocates for the arrest and persecution of Joseph Kony by the International Criminal Court, used an online video to spread its message and raise the profile of Kony on an international scale.

One of the most interesting aspects of the campaign is the sheer volume of conversations it has sparked globally. The number of articles, blog posts, news reports, verbal debates and social media conversations about Kony has turned the audience’s attention to the issue, which is exactly what the campaign set out to do.

Invisible Children (IC) used social media platforms and traditional media, but it is the virality of the campaign that has marked it as a global marketing success. While there has been both praise and criticism towards the legitimacy of the campaign, it is an excellent example of an integrated marketing approach.

According to its Facebook page, Invisible Children uses film, creativity and social action to end the use of child soldiers in Joseph Kony’s rebel war and restore Lord’s Resistance Army (LRA)-affected communities in Central Africa to peace and prosperity.

Lessons to be learnt from Kony 2012

Effective use of the new media: the campaign effectively made use of Tumblr, Facebook, Vimeo, Youtube, website and Twitter to proliferate the cornerstone of their campaign – the 29 minute video about Kony and the issue of child soldiers in Africa.

Identifying and connecting with the target market: Knowing your target market can make or break a marketing campaign and IC has certainly done its homework. The choice of a viral video as well as the engaging, fast paced format resonated with the original viewers enough for them to share the video. Asking viewers to grab the attention of popular culture influencers such as Justin Bieber by spreading the video appealed to their desire to engage with celebrities encouraging action.

Clear messages: IC has come up with an easily understood single minded proposition, and what’s more important, they encapsulated that proposition in clear messages that resonated with the audience. Here are some below:

Consistency: these messages and calls to action appear on all IC’s marketing materials including posters, bracelets, pamphlets and action kits. IC’s social media platforms also carry these calls to action and the campaigns overall messages.

Listening: it is evident that the IC has been closely monitoring the unfolding of Kony 2012 and responding the conversations around the campaign. Their ability to respond to both positive and negative sentiments has stimulated further conversation.

Campaign results
The campaign has been covered by reputable publications (nationally and internationally) and even made its way into mainstream television in Australia when Channel Ten dedicated a thirty minute slot to a Kony special.

The blogosphere has been discussing the campaign actively and the campaign finally reached the ears of the influencers the IC had been targeting, including Justin Bieber and Oprah Winfrey who tweeted in the response to the campaign.

The viral spread of the campaign has also ensured widespread popularity on social media. Here are the stats at the time of writing:

Taking away lessons from Kony

Know your audience and know your online platforms. This will allow you to make informed decisions about your campaign and to maximise the benefits of each platform.

Support your online campaign with offline elements. In the case of Kony 2012 action kits with posters and Tshirts were produced for sale and distribution. IC also went to the streets to put up posters and established an offline culmination of the campaign.

Keep informed. Continue engaging with your audiences and monitor the direction your campaign is heading in. This helped IC to address criticism and thank its supporters quickly.

Above all, make sure that everything in your campaign is well aligned to the single minded proposition that you have decided upon. At the end of the day the virality of the campaign depends just as much on the quality of the message as it does on the format and the channels it is distributed in.