Australian mothers use their smartphones to enter competitions and read online catalogues more than the average user, but are far less likely to use them for media and entertainment purposes. 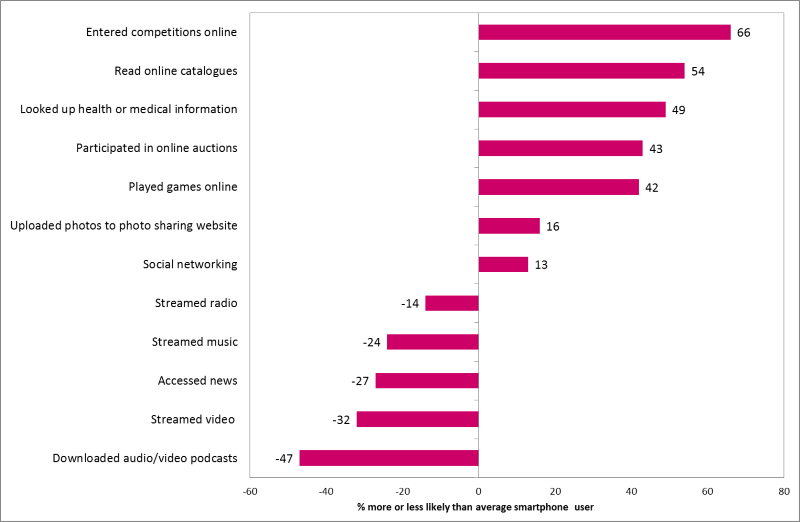 Tim Martin, general manager of media at Roy Morgan Research suggests that despite a growing overall audience in mobile, brands should take a more targeted approach when advertising to this market.

“Digital advertisers need to be aware that this valuable target market may not be as reachable via mobile as growing overall audience numbers suggest, and better targeting would maximise advertising ROI,” Martin says.

The study surveyed the smartphone habits of almost 2000 Australian women with smartphones and children in the home during January to December 2014.

Tags:
Previous Article
What happens when all this new technology gets too much – cartoon
Next Article
Design as problem solving – infographic