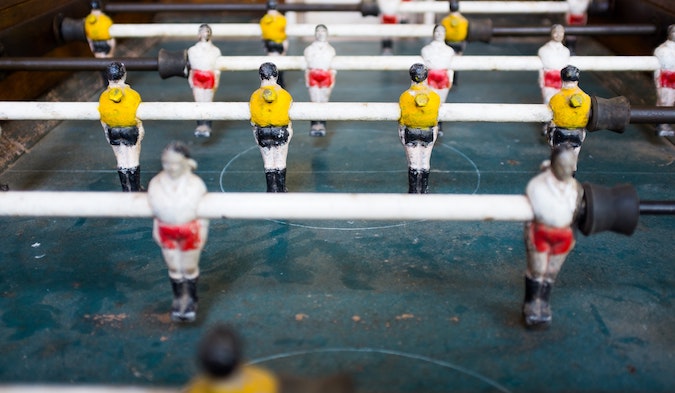 James Lawrence explains how doing competitor research can both save time and foster creativity.

So, you’ve signed a new client and now you’re staring at a blank screen praying the marketing campaign muse will pay a visit. Days later and the muse hasn’t materialised, the screen is still empty and now you’re avoiding phone calls from the client. Take it from someone who learned the hard way – it doesn’t have to be like this.

Get over your competitor-research issues

Some geniuses can sit around waiting for inspiration to strike safe in the knowledge it will always arrive in a timely fashion. For the rest of us mere mortals, starting with a deep dive into competitor research is likely to be a much more effective way to get the creative juices flowing.

Of course, almost all agencies engage in competitor research in the early stages of creating a campaign. But this is usually little more than a tick-the-boxes exercise.

Earlier in my career, I took a perfunctory approach myself. After all, studying the efforts of others seemed a waste of time that could be better used to come up with brilliantly original ideas. Also, like most creative types, I’m horrified at the prospect of inadvertently plagiarising other people’s ideas.

Elvis, John Lennon, Keith Richards, Jim Morrison, Jimmy Page, Angus Young and Bono have all acknowledged the debt they owe to African-American blues musicians. It’s impossible to imagine Elvis, or the Beatles, or Led Zeppelin, or AC/DC, or U2 happening without trailblasers such Robert Johnson, B.B. King, Lead Belly and John Lee Hooker.

But it’s ludicrous to accuse the post-1955 acts of being talentless hacks who simply ripped off their predecessors. Even when American, British and Australian rock bands did swipe riffs, chord progressions or lyrics from blues musicians, they almost always created something thrillingly new. When accused of having borrowed excessively from his musical heroes, Lennon replied, “It wasn’t a rip-off; it was a love-in.”

Here’s what will happen if you start the campaign-building process by researching the campaigns of direct competitors, similar companies in other locations, and non-competitors targeting similar personas: you’ll save a lot of time. You’ll save time because you’ll quickly get a sense of who your prospects should be, what their pain points are, what content is likely to grab their attention, what offers they are likely to find enticing and what CTAs are likely to motivate them to take action.

Here’s what won’t happen: you’ll create a campaign that’s a pale imitation of an existing one.

Check out the scoreboard

Every campaign Rocket has built for every client it has ever had has involved comprehensive competitor research. Far from our staffers being shamed as plagiarists, they have been showered with digital marketing awards for the many envelope-pushing campaigns they have devised.

Rather than leading to imitation, respectfully scrutinising the work of others frequently prompts innovation. That’s something you might want to remind yourself of next time you’re sweating blood in front of a blank screen.

Photo by Bruno Aguirre on Unsplash.