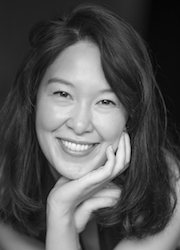 Shanghai was the hot spot for tech last week with 32,000 visitors attending the second annual CES Asia. Showcasing emerging technology from this part of the world the event attracted 375 exhibitors and covered a space the about the size of four football fields.

It’s no coincidence that Shanghai was chosen to home CES’s sister event in Asia. China has seen unimaginable growth in the tech industry and many hugely successful homegrown brands are now set on international domination. Here’s a look at five Chinese brands which will be as familiar as Apple TV, Amazon and Samsung next year.

Imagine Netflix and Sony had a baby, the result would probably be something similar to LeEco. LeEco started its life in China as an online content provider called LeTV and quickly became the country’s most popular site for streaming TV dramas and Chinese films. In 2014 it moved into the production of smart TVs and mobile phones specifically designed for accessing its enormous library of digital content. Today the brand is focusing on creating an ecosystem, which connects content with devices, lifestyle and shopping.

At CES Asia 2016, LeEco was demoing VR glasses and a new 360 camera but they’re also developing an electric autonomous car.

“LeEco has already launched in India, made a big splash at CES Vegas and recently announced a partnership with Twitter,” says Joyce Ling, VP strategy at Razorfish China. “It is clearly focused on becoming the world’s biggest content ecosystem, and the LeEco offering is so complete and accessible for consumers it’s going be incredibly easy (and attractive) for brands to tap into.”

Dear Netflix, Apple (and all other broadcasters, for that matter) watch out!

Jingdong or JD.com is China’s second largest consumer facing online shop, (after Alibaba’s Tmall). It’s popular for electronics but stocks everything from clothing to automotive accessories. So why will we all start shopping with a Chinese brand instead of sticking with JB Hi-Fi, Target or Amazon?

JD.com is heavily investing in the Internet of Things and is working with the Joy Link platform to ‘wi-fi’ all your household goods. The brand’s 3 System Fridge was a CES Asia star attraction because the sensors on every shelf, along with a huge internal camera, can register the time and date food is placed inside. This data is then fed directly to a smart screen on the front of the fridge which not only alerts you when an expiry date is coming close, but can order your next grocery list (from JD.com) based on the contents of your fridge.

If consumers here want their household goods to make life even easier, (imagine never running out of milk or toilet paper) then JD.com has found an excellent way to change their ecommerce habits.

If you’ve not already heard of Huawei, we can guarantee after reading this article you’ll be seeing their red logo everywhere. Huawei is a massively successful homegrown Chinese company that reached market domination through its telecoms, networking and enterprise solutions. But consumer sales of its middle-range and high-end smartphones, such as the Ascend P1, Ascend D1 Quad, and Honor, have become their headliners in recent years.

“Huawei’s products are sophisticated and advanced enough to compete with established tech giants outside of China,” says Jack Yin, executive director of client services, SapientNitro China. “In little over a year it’s gone for accounting for just 5% of all Android handsets to representing 14%t of Android sales globally. Unlike the general perception of Huawei as a fast follower, Huawei is leveraging its core technology competencies in communications and infrastructure, to become a true innovator and thought leader on a global stage.”

With figures and that kind of momentum behind it Huawei could well be your next hand candy.

The following two brands weren’t exhibiting at CES Asia but we’re calling them out to make big international plays this year.

Ok, so we cheated, you probably have heard of WeChat and yes, we know it’s still not anywhere near as popular outside of China, but please bear with us. WeChat is becoming more and more sophisticated, and much less of a pure messaging app. Tencent, the company behind WeChat, put huge investment into its payment service WeChatPay which can be used to transfer money between users and make retail payments online and offline.

If mobile payments take off, as they have done in China, WeChat could become a much more appealing way to shop on your smartphone. All it needs is a few more established ecommerce brands to start offering it as a payment service and we could soon see the WeChat download numbers explode.

Also it’s worth noting a tech rumour doing the rounds suggests that smart home brands like Wulian are looking at WeChat users being able to control their lights, locks and temperature through the messaging platform.

Apparently ZTE is already one of the top five smartphone manufacturers in the world. It’s another Chinese handset brand that is starting to see traction outside of China and is making a big play for international recognition. This month it announced sponsorship of top German football team Borussia, just three months after revealing sponsorship of Spain’s Servilla Football Club. This might suggest ZTE has got its sights firmly on the European market but the Blade V Plus hit the Australian market in January 2016 and is winning traction as an “affordable smartphone”, so watch this space.