Nicole Hayes reminds us that numbers are meaningless without the human intervention of insight. 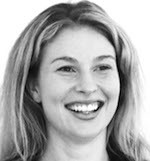 In the most exciting story from the stockbroking world since, well, forever, the demise of Australian broking firm, BBY, has turned into a drama worthy of a soap opera. As the examinations begin into the largest stockbroking company failure since the GFC, it has now been exposed a psychic was invited to sit at the big kid’s table of BBY.

What? How? Please explain.

Sydney-based BBY collapsed spectacularly in May 2015, owing approximately $61 million to clients. Executives of the firm Glenn Rosewall and his father, tennis legend Ken Rosewall, are being investigated amid claims of insolvent trading, misuse of client monies and ‘gross shortcoming in corporate governance’.

It has been revealed that a clairvoyant, Nevine Rottinger, was invited into decisions regarding budget projections, corporate deals and hiring and firing. She was apparently provided access to BBY’s accounts and given her own column to provide revenue estimates. When describing her skills, she conceded they were ‘purely astrological’ and her cost projections were performed ‘intuitively’, saying “I get an image in my mind that tells me what the price may be”.

David Pritchard, SC, described it as extraordinary that a multimillion dollar firm would seek advice from Ms Rottinger when she had no financial background. You’re not wrong there, Dave.

We are better than that, right?

How does this compare to how business is making decisions? Sure, I think we can all collectively agree a clairvoyant may not be the best source of advice when making business decisions, but, what are other companies basing decision-making on?

Let’s look at the advertising world, for example. Numbers have swamped advertising. Suddenly, everything is measurable. We are taught to trust the numbers, but what numbers and why?

In this metric filled space of advertising, what do all the numbers mean? Even Facebook recently fell victim to the numbers game. They have been reporting an inflated metric of time spent watching Facebook videos by 60-80% to ad buying company Publicis, for 2 years.

Let’s not get rid of those numbers just yet though. Similar to the plight of the internet at the turn of the millennium, they may be just suffering from poor branding.

Numbers are meaningless without the human intervention of insight. Being able to interpret numbers into actionable recommendations is a science that takes a unique combination of skills. This is the new market research. Forget phonebooks and cold-calling thousands of people in a day, this is the new power of the science of numbers.

As Greg Hahn, chief creative officer of BBDO NY recently wrote, ‘Data can help uncover truths that instinct hasn’t. Or add credence to ones it has. The kind of truths that lead to pivotal, often counterintuitive approaches and bold ideas’.

They acted on this by making significant operational changes and yet flat sales continued. Another approach was required and Kmart turned to marketing science. The analytics revealed that whilst Kmart had invested heavily in renewal, for customers the old perceptions of a fuddy-duddy brand remained.

So, Kmart partnered marketing science with creative to design advertising that would target and change the consumers key perceptions and positively drive choice. Sales went skyward. In the 18 months following the campaign, Kmart Australia welcomed three million new customers and had a 31.4% growth in earnings. That’s contemporary market science and advertising working together.

Is there hope for us?

Yes. (And as employees of the industry, we sure do hope so.) It’s up to your business as to what it bases big decisions on, although we wouldn’t recommend the powers of the clairvoyant. The power is in the numbers, but perhaps not in the way they are currently being flung around.

Marketing and advertising, at your fingertips are the consumer truths Mr Hahn describes: scientifically validated data models which predict your consumers’ behaviour. Use this data and insight as the blueprint for your advertising briefs, to catalyse the game-changing big ideas. And if you need to test the creative – forget made up measures and old school devices such as ‘likeability’ and ‘entertaining’ – test that the creative moves the needle on the relevant drivers of consumer behaviour as they accurately predict the behaviour you are seeking.

The key to successful brands, campaigns and careers is in the numbers, folks. Demand data, not drama. Seek insight, not intuition. Talk to the marketing scientists; those conversations have the power to be transformative.

Nicole Hayes is a member of the Forethought Marketing team, having previously worked as a growth analyst with the firm. She is passionate about ensuring the market is as excited about the innovative work her colleagues are producing as she is.