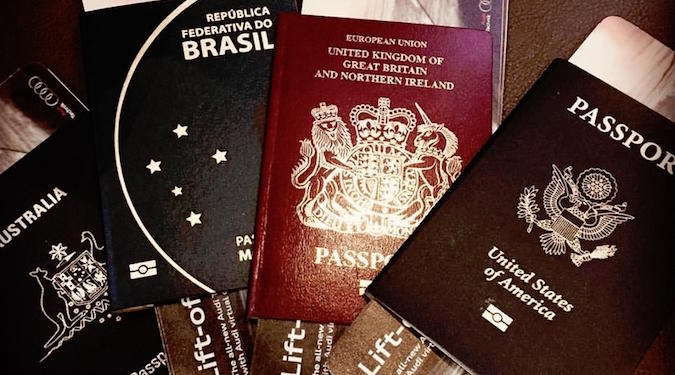 Cultural debate has become a day-to-day reality for members of the Australian population and brands alike. Sérgio Brodsky suggests ways for brands to impact culture and mobilise society.

Contrary to how things were the past, the reality of living next door to strangers is here to stay. Globalisation, massive migration flows, the internationalisation of business and the ongoing refugee crisis are mixing us all up. This postmodern reality has brought many important implications. Let’s examine two of them.

Firstly, multiculturalism has become society’s dominant ideology. The fruition of our human rights has essentially become our rightful expression of difference. Secondly, this context creates a need to develop new abilities for daily coexistence where empathy replaces fear. Thus, culture’s role in the 21st century is to help us navigate and resolve the controversies of our private and public lives.

From the “no to no” boycott to Dick Smith’s $1 million anti-immigration campaign, Trump’s and Kim Jong-un’s nuclear provocations, and projections of political tweets on Twitter’s headquarters (all in the same week!) what advice can the cultural branding agency give to its clients, industry and society?

In the book Culture in a Modern Liquid World, prominent sociologist Zygmunt Bauman writes that “culture has been remodelled to adjust itself to the individual freedom and responsibility to making choices”.

The premise is profound and points to a precious insight. Although we want to maximise our freedoms (being different), we also want to minimise our responsibilities (exercising our differences).

For example, according to the Australian Institute, the richest seven individuals in Australia hold more wealth than the bottom 20%. In recent years the ATO observed one-in-20 of the richest people in Australia trying to evade paying their fair share of tax. On the other hand, in 2014, more than 35,000 Australians receiving Centrelink payments either refused to take or hold down a suitable job, with 22,000 quitting new jobs and regressing back to receiving welfare payments.

It’s not about the rich, the poor, the national, the foreigner, the male, the female, the transgender, the young, the old, the religious, the atheist, the politicians, or any of the many other colours painting our differences.

It is about the way we blend to form integrated human mosaics.

As a Brazilian-Israeli-almost-Australian with British residency, son of Argentinian and Brazilian Parents, Russian and Romanian grandparents, married to a Kenyan-British-American-Israeli woman, and father of an Australian girl and an English boy living in one of the most multicultural cities in the world and working for a media communications company, positioned as ‘the cultural branding agency’, I feel somewhat caught in the eye of the storm!

How much to integrate?

How far to separate?

How overtly to be ‘against’ or covertly be ‘for’ any of the multiple sides of our cultural debate?!

It’s a debate that brands also have the challenge of navigating. And when we’re bound by differences it’s tough terrain. Understanding human behaviour and its cultural output was in fact highlighted as media agencies’ biggest gap during Roy Morgan’s ‘State of the Nation’ debrief. Therefore, conciliating our obsession with tech and drive to automate with ‘human intelligence’ was pointed as the way forward.

At Initiative, we have employed cultural anthropologists and developed proprietary tools that will certainly aid the process and avoid cultural fiascos like the Pepsi-Jenner attempt. And, as reinforced by global CEO Mat Baxter, our brains are the most powerful tool-set that we’ve been heavily encouraged to use as critical thinkers providing our clients superior advice.

Media strategist Hayley Davis sees no separation between the commercial and societal role of brand: “like with all advertising, key messages and campaigns are born out of a business objective and a human insight. Brands have influence, they play a role in everything we do as a society, and how they behave matters.”

Still, looking back at the noise made all over the world when Washington announced the legalisation of gay marriage it is hard to believe that all the awareness raised simply vanished and Australians will now have to adhere to a postal plebiscite around the issue. Was it all rainbow washing?! Are brands really that powerful or is it just that marketers are not being able to maximise on their influence?!

According to strategist Jason Olive, “many brands have attempted to exercise this power and get involved in cultural debates, but do so in a way where it either contradicts or does not link back to the brand’s purpose. For example, Starbucks #RaceTogether received a lot of criticism because they decided to take part in a debate that had never been inherent to their brand purpose.” Tweets vented, “Dear Starbucks. Stop. Just stop. You’re paid to make coffee not create world peace. Sincerely, Annoyed non coffee drinker. #RaceTogether”.

But, as noted by media planner Briony Lewis, “even campaigns that gain positive sentiment can be criticised, because they’re owned by larger corporations whose purpose contradicts the cause.” For example, Dove’s #realbeauty campaign, which ignited the gender-politics debate, then followed by Always’ iconic #likeagirl movement were both put under scrutiny because they are owned by Unilever and Procter and Gamble respectively. And, it gets even more complicated when holding companies have brands with opposing agendas as expressed on this tweet: “Dove makes it hard for someone to feel #realbeauty when Unilever, their parent company, owns AXE. Their commercials only demean women”.

Davis is adamant: “Brands run the risk of alienating and offending the actual audience they are trying to reach and affect if they don’t have a single-minded, educated point of view and deliver it with true authenticity. Showing support for equal rights is simply not enough to convince society that it needs to make a change. If it were, we wouldn’t need to stamp our cultural and political orientations, and could save $525m (as reported by a PwC modelling) from the same-sex marriage plebiscite.”

However, assuming there is alignment between cause and brand equity, how can brands tap into the many levers of culture and use its differences to propel it into new heights?

As the cultural branding agency we have identified three ways brands can impact culture and mobilise society:

For Initiative’s chief strategy officer Tristan Burrell: “it all starts with brand purpose, that is, the ‘why’ behind the ‘what’ of your products that gives you permission to contribute to culture, rather than just advertise within a category. The temptation that must be resisted is elevating this purpose too high. Above the category? Yes. A brand that saves the world? Well, that’s perhaps not the role of shampoo… Finding purpose at the right altitude is the make or break of a brand effectively tapping into culture”

In multicultural Australia, few things have been able to unite people’s differences like food. It was not by chance that brand Australia itself repositioned as ‘Restaurant Australia’. Conversely, Edeka, one of the largest supermarket chains in Germany has recently removed all foreign products from its shelves to highlight racism. Food had instead been replaced with signs saying ‘this shelf is pretty boring without diversity’.

Brand experience agency Ensemble spotted an opportunity with KitKat. Despite its existing varieties, the Australian palate wanted more. As explained by Ensemble’s national client director Katherine Chen: “KitKat had already been attached to those ‘pick me up’ moments, inviting people to simply take a break. We then responded to this cultural flashpoint with an activation that allowed people to create their own flavours with a host of ingredients and personalise their packaging.”

It was an obvious success, the first KitKat studio sold more than 5000 bespoke KitKat bars in seven days and customers queued for hours to design their own creation. What started as a four-week temporary pop-up, evolved into a permanent KitKat retail store in Melbourne with plans to take it overseas – it’s become a new touch point for the brand and an ongoing new revenue stream to the business.

The above demonstrates the power of diversity using a product that consumers love, having created new equity to the brand and becoming a symbol of how the company is culturally open and in tune with the differences in our society.

It is no easy feat to crack the codes of culture and drive meaningful conversations but this is the necessary move required to make a difference for perplexed consumers trying to navigate in a sea of branded clutter and cultural controversies.

Previous Article
University of Sydney named Australia’s top MBA – AFR Boss magazine
Next Article
The death of isolation, and what it means for generating ideas