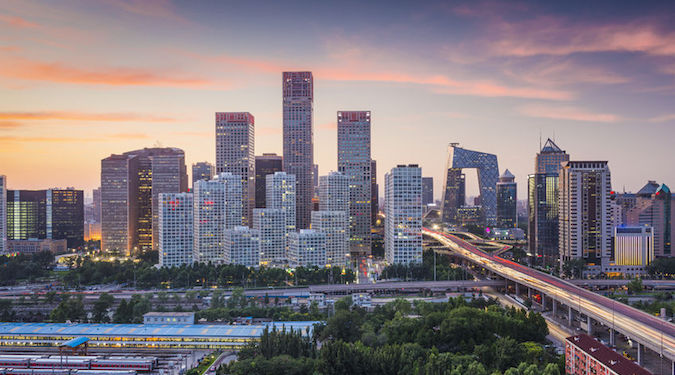 Far from being dead, physical retail plays an integral role in the ‘new retail’ strategies of leading Chinese brands.

The story of shops closing and the decline of retail has become a familiar one across the Western world. Giants such as Walmart and Macy’s in the US, and Marks and Spencer in the UK have been forced to close stores amid falling sales. Toys ‘R’ Us is shutting up shop altogether in the US.

Ecommerce is often blamed. This accounted for just 13% of total 2017 retail transactions in the US, largely spurred on by Amazon’s growth. But this pales in comparison to what is happening in China. Alibaba, China’s answer to Amazon, generated an astonishing US$25.3 billion of revenue in the 24-hour ‘Singles Day’ shopping holiday frenzy last November, smashing its previous record. The company’s profit rocketed 146% to US$2.6 billion in the last quarter of 2017, while its stock price doubled during the year.

And yet, real-life retail is enjoying an unlikely resurgence at the same time in China. Xiaomi, the Chinese tech giant that previously focused exclusively on online retail, is investing heavily in the offline market. In 2017, Xiaomi opened more than 200 stores across China and another 130 official Xiaomi stores abroad. Internet-only sales used to help Xiaomi keep its operational costs down, but in order to reach consumers in rural areas, Jun Lei, company CEO and cofounder, stated: “Our model can no longer be online, it has to be new retail.”

The concept of “new retail” was first coined by Alibaba in 2016. In a letter to company shareholders in October of that year, founder and Chairman Jack Ma argued:

“Pure ecommerce will be reduced to a traditional business and replaced by the concept of new retail – the integration of online, offline, logistics and data across a single value-chain.”

Hema, Alibaba’s technology-powered fresh food focused supermarket, illustrates Ma’s comments perfectly. Consumers can search for product information in store by scanning a product code, place an order for home delivery (30-minute delivery within a three kilometre radius), make a payment, and even order fresh food – including live seafood – to be cooked and eaten in store, all via a dedicated Hema app.

According to company reports, store sales per unit area are three to five times those of other supermarkets. Hema is a good example of the new retail concept, with its focus on the in-store experience combined with a drive to push offline customers to shop online. Huge growth is planned.

Alibaba is also experimenting with an unmanned supermarket called Tao Café. With just a scan of a personalised QR code at the entrance, consumers can pick up items and simply walk out while the items are automatically detected and charged to their Alipay account. On top of this, Alibaba made a string of other big investments in large Chinese retailers in the last year.

Of course, Alibaba is not the only player in the new retail era. In early 2018, JD.com, China’s second largest e-commerce company, launched its first offline high-tech supermarket in Beijing, 7Fresh. And tech giant Tencent invested in a number of supermarket ventures across the country and opened its first unmanned shop, We Life, in January 2018.

New retail extends to clothes, too. Success comes from having the same products and prices across online and offline channels, an integral part of new retail. This is demonstrated by Japanese clothes company Uniqlo. China is Uniqlo’s biggest overseas market with more than 500 stores in the country.

It goes to great lengths to offer the same deals online and in store. It also offers a ‘click and collect’ service, enabling people to buy online and pick items up in store. This gives customers a huge amount of flexibility and choice and allows Uniqlo to dramatically reduce return rates – all making it highly profitable.

Gamifying retail is not new – loyalty programs and flash sales have been around for a long time. But Chinese companies are experimenting with new technologies like virtual and augmented reality to engage customers as much as possible in the shopping experience.

Last year, Alibaba released an updated Pokémon Go-like AR mobile game in its app two weeks before the bonanza ‘Singles Day’ shopping holiday. Gamers were able to follow a cat mascot both online and offline via their smartphones for prizes and coupons, which could be used both online and offline in stores like Starbucks and KFC. It also rewarded users with coins and coupons to be redeemed on Singles Day through bonus games.

Alibaba also put on a four-hour gala on the eve of Singles Day, spawning the idea of ‘retail-tainment’. It featured big names like popstar Pharrell Williams and Chinese movie star Fan Bingbing. Seen by 400 million viewers, it encouraged them to “Watch now, Buy now” in real time from the comfort of their homes.

So while the traditional store of the past may be dead, the physical store is not. On the contrary, it is a key component in China’s new retail ecosystem. Online giants, such as Alibaba, JD.com and Tencent, have been actively investing in the offline space. They are battling to differentiate themselves not just by offering convenience and competitive pricing, but also by giving customers an experience that is easy, dynamic, personalised, and seamless between offline and online formats.