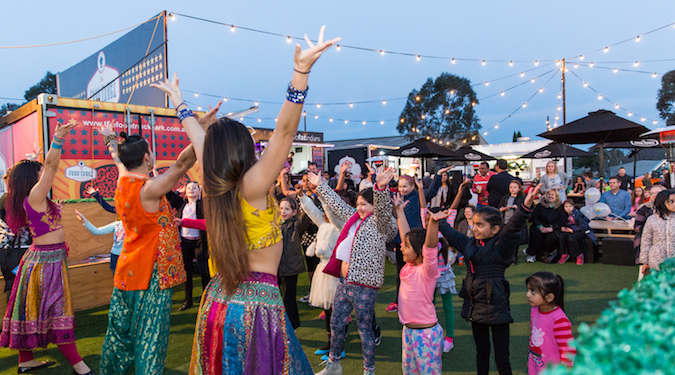 Marketing speaks with Village Cinemas’ general manager, sales and marketing, about its VIndianCinema project and how understanding and embracing diversity delights consumers and delivers business results.

This article originally appeared in The Culture Issue, our June/July 2017 issue of Marketing mag.

According to census data, more than a quarter of the Australian population was born overseas. Village Cinemas saw this as an opportunity, and developed customer engagement strategies to please a variety of segments. The results have been impressive so far. Cinema is a mass market category and Village Cinemas considers itself a ‘mass market brand’. Ticketing and admissions, therefore, are a “great barometer
of the overall population at large” and its habits and preferences, says Mohit Bhargava, general manager sales and marketing at Village Cinemas Australia.

Through  tracking these trends, the brand has been able to observe the changing face of the Australian consumer.

Talking to Bhargava, it becomes clear that these projects are about much more than simply adding a few world movies to the screening schedule. Village has invested significantly in understanding its diverse range of patrons: how, when and why they go to the movies, their ticketing and viewing consumer journey, and what the ideal cinema-going experience looks like to them.

VIndianCinema, also known as the Village Cinemas Bollywood project, has undergone a few changes in approach as a deeper understanding of its target consumers has developed. It was first a matter of understanding Indian film, and how it differs to mainstream western cinema. Indian films, says Bhargava “carry some common themes and stereotypes”.

“There tends to be a romantic theme, they are quite long and they normally have a dedicated music score,” he says. So when Village began previewing the content, its original view was that it would best cater towards a ‘date night’ type adult market demographic.

“Our retail strategy inherently stemmed from that,” Bhargava recalls. “We were targeting adults and ‘girls night out’ programs and the like.”

From a retail standpoint, however, it was not resonating very well with audiences. Taking a closer look, to better understand how consumers were enjoying the movies, led to some significant learnings.

“We spent some time working with the consumer group,” he says, “and understanding their cinema-going patterns. There were some significant outliers that were initially a surprise, but then started to make sense.” The chief realisation from speaking with Indian film consumers was that, for them, going to the movies is an “absolute family occasion… the genre and theme of content is somewhat irrelevant”.

This is quite different to the way people produce and consume Hollywood genre films, where very obvious links can be seen between films targeted to certain demographics, and the people who actually go to see them – certain films specifically target seniors, others target younger adults, and further genre specifics segment males and females, teens, families and children.

Overall, Bollywood doesn’t produce a lot of animated content or movies that specifically target children. And in the case of Indian cinema at Village, ‘family occasion’ doesn’t just mean mum, dad and the kids.

“It’s multigenerational,” says Bhargava. “Grandparents, parents and grandkids all go to the movies together.”

The statistics back this up. The average number of tickets per transaction for Indian films is noticeably higher than for Hollywood releases.

The segment also appears to be ahead of the curve in terms of purchasing tickets via mobile devices. “They have a higher propensity for mobile commerce than the rest of the population,” says Bhargava. For that reason, Village is “more aggressive” with Indian film ticket sales in terms of mobile marketing and visual merchandising on handheld devices.

Perhaps due to the larger amounts of tickets being bought per transaction, consumers of Indian films are “extremely price-conscious,” he says, which makes trying to provide savings and promotions to these viewers a key component of the strategy, too.

“The percentage of customers redeeming discount coupons and vouchers on Indian films is among the highest of any genre,” he explains. “That has led us to actually thinking about a concentrated approach as to how we address price as a consideration point for this segment.”

The program comes with a few challenges, for which Village must strategise to find the best way to  fit the Indian cinema experience into Australian theatres. Bollywood films are typically longer than those developed in the West, for example, meaning fewer screening times per theatre per day, which naturally lessens ticket sale totals.

Observation of the demographic revealed another helpful outlier. “The Indian consumer market is not too opposed to coming to watch late night sessions,” says Bhargava. “On weekdays as well. That’s one way of combatting the run-time of these films.”

Village has, says Bhargava, been working with world cinema for a number of years. The evolution into projects such as VIndianCinema and VCineAsia has been the result of an increasingly diverse Australian population. “We’re no longer talking about something that is an isolated niche,” he says. “We’re basically talking about a fundamental shift in the consumer landscape, where a significant percentage of the overall market is represented by first generation migrants.”

It’s not just changing the face of the cinema industry. “Australian businesses have to work towards evolving their entire offering to cater to a multicultural audience.”

Bhargava believes the true potential business benefit of a diversifying population stretches beyond simply selling more tickets to new market segments. The challenge is to find that “fine balance between segmentation and creating divides”.

“The strategy that we’re deploying is not about a segment that lives in isolation to the rest of our business. This is about segmentation, which will lead to cross- pollination of customers and content,” he says.

It’s working, too. Not only does Australia’s immigrant population seem to be turning out in great numbers to international films, they’re attending more English language films too.

“What we see from this consumer is that their average cinema-going frequency tends to be higher as a bilingual consumer of content, compared to somebody that is just consuming content in one language.”

Village Cinemas is reaping the benefits of a consumer engagement strategy that embraces Australia’s multicultural population, and it’s not alone. “I could speak for the entire entertainment industry,” Bhargava says. “The same could be said about various sporting codes that are looking at multicultural strategies to attract customers, members and players that are not necessarily born into the sport or the code.”

Multiculturalism is a global phenomenon, not just touching Australia but Hollywood, too. Bhargava expects trends there to drive changes in what’s considered mainstream Western cinema.

“Hollywood is facing a changing population matrix, both domestically and internationally,” he says. “The generation to follow Millennials will be the first ‘majority- minority’ group in US history.” That is, people who refer to themselves as being from a minority group or mixed race. This is changing the make-up of the customers that drive box office worldwide and, in turn, the focus and themes of the movies themselves to ensure they speak to a diverse audience.”

The success of the VIndianCinema program is evident in ticket sale performance and a delighted customer segment.

Certain locations perform better than others. In Melbourne’s western suburb of Sunshine – one of Village’s largest venues in terms of the number of screens – VIndianCinema content makes up 30 to 35 percent of the venue’s revenue.

It’s growing rapidly. Bhargava describes it as “the fastest growing content genre in the country by a mile”.

Yearly, the Australian cinema box office grows by roughly 3%. “But Indian cinema within that has grown at a rate of north of 20% year-on-year for the last three years and is showing no signs of slowing down,” says Bhargava.

This project and others from Village is part of its ‘where movies mean more’ brand position. The brand is reaching out in a number of different directions to build a world of movie experiences. It’s also recently introduced Australia’s first cinema for kids: VJunior. There are slightly older favourites like the upmarket Gold Class experience and Cinema Europa for Seniors and connoisseurs of classic film, and the soon to be introduced ‘40X’, which will be a “sensory cinema experience,” says Bhargava.

It’s all about keeping the cinema experience relevant in a world where people can consume film content wherever they like. Movies are available everywhere now,” Bhargava says, “from your mobile phone, your iPad, your TV at home.” The challenge for Village is to continue to offer a more meaningful experience for those who go to the movies.

This “resonates really well,” he says, “particularly with the Indian audience. They love cinema, they love it as a family occasion, and they see that meaning.”

Mohit is appearing as a guest panellist for our sold out ‘Avoid the Holiday Horror’ event in Melbourne. There’s still spaces available for the Sydney event!

To find out how some the country’s best retail marketing minds are preparing for the season, don’t miss it!

Register now for the event nearest you:

Previous Article
Postal vote: Ad industry pledges to ‘say no to no’
Next Article
Five steps you need to win at CX design