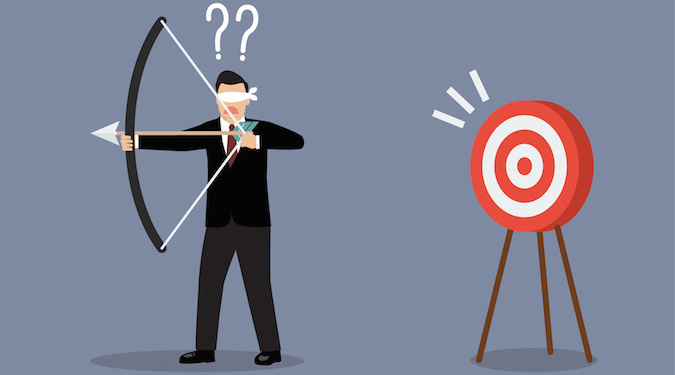 As much as marketers might not like to think, people are unpredictable. Rob Morrison discovers the difference between response-driving personalisation and budget-bursting data-wastage.

As a young, fresh faced marketing graduate I’d been taught lots of tricks of the trade – loss-leaders, cross-selling, perception pricing and, of course, advertising. But, there were also some tactics which were never covered, subtle tricks like product placement. You know, that quiet payment to a producer to have your product integrated into a blockbuster movie or TV show. It’s no coincidence all the cars in Transformers are Chevys, that Tom Cruise only wears Ray Bans in Risky Business or that James Bond drives an Aston Martin and drinks Martini. Those placements build demand and brand.

But there’s one long-forgotten placement which focused on data.

Indulge me for a paragraph – in season six of HBO’s Sex and the City, one of the characters, Miranda, trades the hassles of a boyfriend for the joys of a TiVo (a set-top box a bit like FOXTEL iQ). Memorably her friend Carrie says, “You’ve traded Steve-o for TiVo.” In the script we see TiVo recommend a new show based on other shows Miranda already watches, personalised to her data.

Today, it feels wonderfully innocent. In 2018, a quick search of ‘misuse of data’ gives me over 30 million links. We have legislation against it, we have news-hounds scrambling to hang businesses out to dry for participating in it and we have a US President who may just be impeached because of it. Incorrect use of personalisation can be a PR disaster. But – and here’s the crucial ‘but’ – is better personalisation really better?

Think about Cambridge Analytica and the manipulation of Facebook news feeds – it knew the news stories people would respond to. Real or fake didn’t matter. But it killed the goose that laid the golden eggs. Will anyone fall for that again? Are users now looking at tailored news with a cynical hat on? The millions abandoning the Facebook platform would imply they are.

Consider YouTube. Your viewing profile starts like those early days of TiVo – watch a video, get a page of recommendations and, with five billion available videos, you’d expect to never see the same recommendation twice – not true. Because the more you watch on similar topics from similar sources the narrower your recommended list gets.

Yes, the algorithm learns, but is that actually better?

It’s the same on Google. Previous search results affect each subsequent search, each time the algorithm gets to know you a little better. So, your results are different to someone sitting right beside you. Same search terms. Same time.

And herein lies the ‘rabbit-hole’.

Real people are not 100% predictable, not really. Our interests change, our moods change and even our political views can change. I may usually want to see CNN’s coverage of Trump, but every now and then I want to see how Fox News covers the same issue, but the data can’t account for that.

Human beings are the definition of organic. For marketers, that organic randomness is both a blessing and a curse; it means we can tailor and refine, up to a point. Data will tell us who is least likely to buy from us, but not those who will never buy from us.

There is a law of diminishing returns on defining your audience too specifically. The danger is you end up talking exclusively to the rusted-on brand fans, those who were going to buy from you anyway. Preaching to the choir if you like. You can destroy your ROI by excluding left-field prospects.

The solution? Embrace the unpredictable as much as the predictable. Realise there will be times where a 300lb man buys a tutu, a waifish model buys a cheeseburger and a violin virtuoso downloads thrash metal. Don’t make your targeting so tight that you leave no room for your audience to be wonderfully human. Personalise but leave room for people, that way you might even convince Mr Bond to drive a Prius. Just once.