Marketing to baby boomers – an ageing population is not a problem, it’s an opportunity

Marketing to baby boomers – an ageing population is not a problem, it’s an opportunity 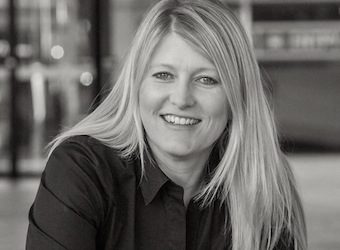 Marketing to baby boomers has been uncool in the media and agencyland, Rebecca Wilson writes, but the opportunities for brands are what’s really cool.

The Governments of many nations around the world are building the ageing population up to be seen as a massive problem looming on the horizon. But for brands, ageing is not a problem, it’s an opportunity. Are you giving it enough attention?

For Governments, having the ability to provide services to a group whose taxable income is in decline is certainly a challenge. Governments have a firm tradition of not wanting to provide services to those people who don’t pay them money. For the consumer economy, the ageing population is not a problem at all, in fact it is a massive opportunity, if you speak to them the right way.

There are plenty of baby boomers in our country

39% of Australia’s population is over 50 (7.5 million people) and more than 4.5 million are over 60, placing over five million people in the band approaching or commencing retirement in our country.

Superannuation came in as a concept back in 1992, 22 years ago.  Many of the currently retiring boomers in average and above average Australia have had just enough time to build a nest egg that will see them well in retirement. Supplemented by the pension which is still paid to those with an average SMSF balance means the current generation can still look forward to a healthy cash flow in retirement. And what you go in with is no longer everything you’ll have.

David Gall, the executive general manager of NAB, says that 60% of people’s income in retirement will be earned after they retire. An interesting observation for those in the financial services industry. Baby boomers are clearly an important participant in the wealth marketplace.

But what do baby boomers actually buy?

We’ve been listening for 15 months now to our readers and they’ve told us what matters.

From a travel perspective, they cruise, they tour, they travel on luxury trains, and they are willing to pay for service, so long as they don’t have to pay too much. They short trip independently, they long trip expensively. They also just lock the door and head off nomading, for months at a time. Freedom is a lifestyle choice they desire.

In the entertainment world, boomers are the big spenders. Ballet, opera, musicals, rock concerts and festivals are all targeting the boomer dollar with both mid and high-priced tickets, even though they might not like to admit it. Take a look around at your next concert, you might be surprised.

Who is the nations largest consumer of boutique wines? The baby boomer. And which demographic has more pets that the other demographics combined? Who wants younger looking skin? And how many vitamins do you think your mum takes in the morning?  Aches, pains, all need a cream or a cure from the pharmacy and you don’t stop wearing makeup when you turn 50. Need I go on?

What else is important to a boomers life, when the clock is ticking… slowing the clock of course, with health, wellbeing, age appropriate fitness and allied health. And let’s not forget people still wear clothes over 50 in this country… even though few clothing brands profess to want to sell to people with any shade of grey in their hair.

And finally, the inevitable point of discussion in every boomers life is where will they live next. Will they downsize, sea-change, tree-change, move to a community or hit the road?

It seems for years talking to baby boomers has been uncool in the media and agencyland. Well, given the opportunity, we should all be happy to be uncool.

Have you thought about how baby boomers fit into your brand conversations? Perhaps you should.

Rebecca Wilson is the managing director of Stretch Marketing, and the founder and publisher of Startsat60.com, Australia’s largest online community and media site for baby boomers. Rebecca guest speaks regularly on marketing to Baby Boomers and leading content marketing techniques all over Australia.  Tweet Rebecca on @wilsonbec.