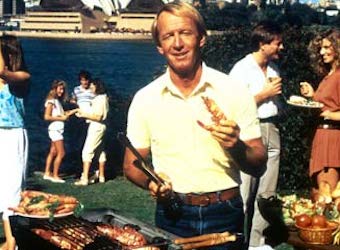 Every incremental $1 million spent on international tourism marketing generates up to $16 million in spend by foreign tourists and 89 additional jobs, estimates a new report.

International marketing campaigns that promote inbound tourism to Australia generate a return on investment (ROI) of 16-times marketing spend when the resulting dollars spent by tourists is measured, estimates a new report commissioned by the hotel industry.

In the hotel property sector, a $1 million increase in marketing and promotional effort is estimated to increase spending on accommodation by $4.5 million and create up to 55 additional jobs in the accommodation sector.

The report, ‘Estimates of the Return on Marketing Investment for Australian Inbound Tourism’, was produced by Webber Quantitative Consulting for Tourism Accommodation Australia (TAA).

The researchers estimate that a $10 million increase in the inbound marketing and promotional budget would:

TAA’s managing director, Rodger Powell, says that the report clearly highlights the benefits that governments can play in driving demand.

“The report shows that advocacy pays,” says Powell. “There has been considerable debate over the impact of tourism marketing and its ability to drive greater visitor numbers and foreign income, and these figures make it clear that the investment in tourism marketing has a significant direct impact on the hotel sector and an even larger benefit for the wider economy through the multiplier effect.”

“We were thankful to Minister [Andrew] Robb for largely preserving Tourism Australia’s funding in the recent budget, because the research shows clearly that by increasing marketing and promotion of Australia that there is a substantial return on investment in terms of foreign revenue, Australian jobs and government tax receipts.

“There are indications that the hotel property sector is on the verge of its largest expansionary phase for over 20 years, and this will create thousands of jobs in the construction and operation phases, but for the projects to come to fruition the growth in visitor numbers generated in the past four years needs to continue, and aggressive tactical inbound marketing and promotion is required.”

Powell says the US Government’s funding of Brand USA through contributions from visa charges raises $180 million annually, which is then matched dollar for dollar by the industry. “The resulting $360 million in tourism marketing [has] a very tangible effect on American tourism,” says Powell. “Inbound arrivals to the US grew by over three million in the year from 2012 to 2013, and Australian arrivals into the US have recorded double-digit percentage growth annually since Brand USA was established.”

Factors such as a high dollar continue to provide constraints to the Australian tourism sector and Powell says the sector needs to be able to curtail the high cost base of through greater flexibility in the labour market. “We are not calling for lower wages,” Powell says, “just greater flexibility of penalty rate conditions to enhance employment opportunities.”

TAA represents the interests of the 24 Australian accommodation chains and 1000 individual members, and is a division of the Australian Hotels Association.