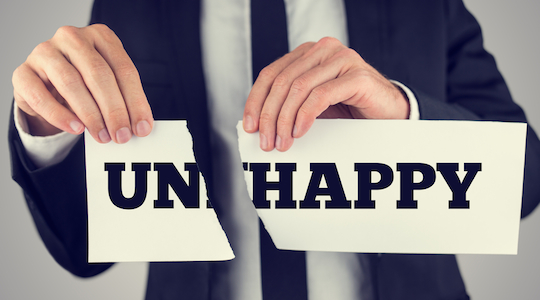 Businesses aren’t doing enough to stop their customers switching away in search of better service, a new survey shows.

An annual survey by consulting firm Accenture has found almost two-thirds of people said they’d switched away from at least one company in 2014 due to poor customer service. But more than four out of five of those who’d switched away said they could’ve been retained, particularly if their issues were resolved on their first contact with the company.

According to Accenture’s calculations, the potential revenue up for grabs by Australian companies that can draw in these switching customers with superior service is worth around $198 million.

Accenture’s Australia and New Zealand strategy leader, David Mann, said in a press release that companies had failed to focus enough on improving their customer service.

“Companies have been focused only on doing the same things better, when these issues really require them to do things differently,” he said.

The survey found customer’s biggest frustrations with customer service – failure to deliver on their promises, inefficient and slow customer service, and a lack of convenient interaction options — have remained consistently high over the past few years.

The survey asked 23,665 people from 34 countries – including 1214 Australians – about their experiences of the marketing, sales and customer service practices of up to four companies in 11 industries which included among others: hotels, insurance and utility companies such as gas, electricity and internet providers.

Encouragingly for companies, about one-third of those who’d switched away to a different provider said they would consider returning within two years for if they were offered better pricing or a superior product.

“Today’s customer’s sense of loyalty to an existing provider is often eclipsed by a competitor’s personalised and tailored experience,” Mr Mann said.

Tags:
Previous Article
Could this be the most eco-friendly ad campaign ever made?
Next Article
The way of the start-up