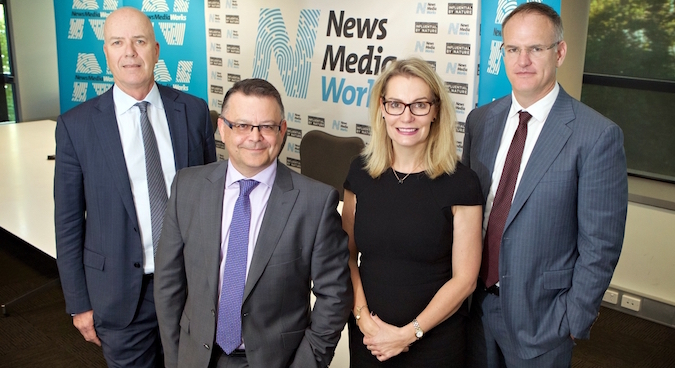 The Australian news media sector’s second quarter digital ad revenue was $116.9 million, a 14.4% increase on the same quarter’s revenue of $102.2 million in 2015, according to data from NewsMediaWorks.

The impressive increase was not enough to carry the entire industry, as the News Media Index quarterly figures reveal a 5.4% drop in total industry ad revenue from same quarter 2015.

This drop in total revenue is explained by a drop of 9.4% for print media ad revenue, and newspaper inserted magazines’ 7.1% drop.

“Growth of 14.4% in digital revenue for Q2 demonstrates the ongoing success of the industry in its transformation to create a profitable balance of print and digital news media offerings,” says NewsMediaWorks CEO Mark Hollands.

“For the entire fiscal year, digital revenues have risen 17.5% compared with FY15.”

“The buying decisions of media agencies continue to be out of sync with those of direct advertisers,” says Hollands.

“The recent agency-only spend data from Standard Media Index (SMI) shows investment of 13% for Q2 for newspapers when compared with Q2 2015, while the whole of industry picture shows the decline to be much smaller at 5.4%.”

“This disparity is significant. Advertisers with close publisher relationships, and who understand the engagement of their audiences, see the value in news media brands and remain with them because they represent a successful marketing investment,” Hollands said.

For the latest on opinion and case studies on Australian brands, campaigns and media, purchase a subscription to Marketing