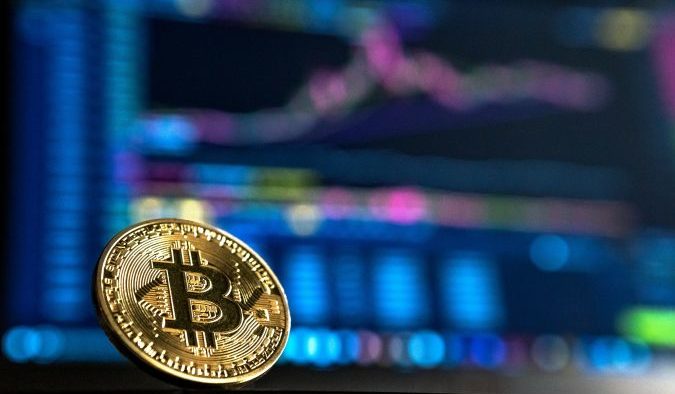 Will forced authenticity bring pain or gain when it comes it building genuine connections between company and consumer? Fiona Killackey investigates how blockchain will impact the marketing industry and how marketers will need to prepare themselves.

Every modern marketer is aware of the three emotionally charged steps required to transform acompany’s target audience into its most vocal ambassadors: Know. Like. Trust.

Since the dawn of time, people have been buying products and services in exchange for what they deem to be of value – whether camels in exchange for a bride or the latest Louis Vuitton handbag in exchange for a portion of their salary. We have been brought up on a model of marketers making people aware of what a business has to offer, encouraging rapport or like-ability to prompt transaction and, finally, creating an experience within that transaction that imbues trust between giver and receiver. A new technology is set to shift this modus operandi, removing the need to ‘trust’ any company or business with technology that makes authenticity inevitable. Welcome to the world of blockchain.

At its most basic, blockchain is a series of records (or blocks) that are linked (or chained) together and kept secure through a process called cryptography (a way of coding that ensures data remains ‘secret’ and unable to be removed or modified). When a new record is added, it includes all the information of the records before it – the latter being ‘locked’ so it cannot be tampered with. This process appears to make blockchain one of the most secure transaction systems in the world. According to Bettina Warburg, a blockchain expert and co-founder and managing partner at Animal Ventures – a consultancy that works with tech companies operating in the areas of blockchain, digital media, AI (artificial intelligence) and IoT (internet of things) – blockchain is “a decentralised database that stores a registry of assets and transactions across a peer-to-peer network”.

Speaking at TedSummit in 2016, Warburg explained, “As humans we have always found ways to lower uncertainty about one another, so that we can exchange value… blockchain is basically a public registry of who owns what and who transacts what. The transactions are secured through cryptography and over time that transaction history gets locked in blocks of data that are then cryptographically linked and secured. This creates an immutable, unforgeable record across this network and this record is replicated on every computer that uses this network.” Likening it to the open-source information platform Wikipedia – which stores images and text as well as changes to that data over time – Warburg says blockchain “is an infrastructure that stores many kinds of assets.” These may well be titles to a house, a contract, transactions for a product, personal ID (such as a passport), title of ownership of IP or possession of a digital currency like Bitcoin.

Its power, said Galia Benartzi, an entrepreneur and co-founder of Bancor (a company that makes it easier to launch virtual currencies) in a TedxWhiteCity talk in 2016, lies “in allowing a network to operate reliably, without the need for a central point of control”. Instead of utilising centralised platform marketplaces, like Amazon or AliBaba, or services like Uber and Airbnb, blockchain allows anyone in the world to transact with anyone else, without a middleman or intermediary required.

One of the most exciting (and perhaps confronting) parts of blockchain technology is its ability to force transparency upon transactions. Unlike the anonymity platforms like eBay or, to a lesser extent, Etsy, provide sellers (and buyers), blockchain removes the uncertainty faced when swapping what we perceive as value (i.e. money) for a product or service. Rather than rely on reviews or website testimonials (which may well be false), blockchain enables users to provide ‘cryptographic proof’, such as a government-issued ID, an approval from a trusted third party, certified recommendations or even a birth certificate, without enabling the other party to view the specifics of these documents.

Going even further, blockchain technologies could enable companies selling such things as vegetables to add every step in their manufacturing process, right down to the chemicals used (or certificates to say they have not been used) to ensure the buyer knows exactly what they’re receiving. In place of the current stickers on food stating the product is organic, a user could place their phone over a QR (quick response) code on the food and use blockchain to instantly see how and where that food was planted, harvested and shipped. According to Richie Etwaru, author of Blockchain: Trusted Companies, it will be the brands that live up to their marketing promises (e.g. 100% organic) – and provide full transparency over how they conduct business – that will thrive in this new space. Those that don’t, says Etwaru, will face stiff competition… from a blockchain version of themselves.

The requirement for transparency – putting power back in the hands of the people – will further test the claims many marketers for brands make today around ‘authenticity’. Rather than simply being an overused buzzword for panel discussions, ‘authenticity’ will take on new meaning in the era of blockchain. Does the service or product do what it claims to? Are all points in the supply chain accounted for? Does the business genuinely live up to the values it claims to promote? Are the company’s operations necessary or is it just bureaucracy that gets in the way of customer satisfaction? According to a 2017 survey by McCann, 42% of Americans find brands and companies less truthful today than 20 years ago. This decline in trust is also witnessed in the B2B world, particularly between businesses and the companies they use to market their products.

In 2017 Uber sued mobile agency, Fetch Media, for misrepresenting the effectiveness of mobile ads. In the same year, social network-turned-publisher, Facebook was sued by three marketers in California  – Tom Letizia, Mark Fierro and Greg Agustin – who claimed the powerhouse inflated the length of time that users spent watching video ads (from 60% to 80%). So how can marketers utilise blockchain for the best interests of their brands? As with any relationship, the one between marketer and consumer begins and ends with trust. “Trust is the foundation of every business,” says Bernadette Jiwa, founder of The Story of Telling. “A business is not merely an organisation that creates value or exchanges goods and services for money. It is the promises we make to our customers in return for their trust.” By utilising blockchain’s transparent technology, marketers will be able to identify where their advertising spend is going and verify engagement with the people most in need (or want) of their products or services. Blockchain will also allow marketers to pay consumers for use of their data (further enabling people to only see adverts and marketing messages most suited to them) and even show consumers how and where that data is being used. Without the need for intermediary agencies, marketers will be able to connect with and verify the real impact influencers have in their space, connect with and pay people who are already creating quality content using a brand’s products or services, and work directly with creatives (such as musicians and artists) to purchase or license their work.

The impact that blockchain technology will have on the way we interact, experience and transact with businesses is immeasurable. There will be pains as we break down barriers (physical and digital) and force businesses to consider if they are helping, or hindering the world around them. Yet, there will also be gains, as we create a more level playing field in inviting people who have not yet been able to access commerce due to centralised, controlling and sometimes corrupt systems. In our race to embrace it, we must remember within the hype, that this technology is still in its infancy and so too must be our expectations. “We tend to hold novel technologies to an unrealistically high standard, in terms of what they’re supposed to deliver,” said Finn Brunton, historian and blockchain expert at New York University in a recent interview with Bettina Warburg for Wired. “When we compare them to existing systems we begin to see the possibility that even a slight incremental improvement would still be an enormous gain.”

Sectors most affected by blockchain

Few industries are as ripe for change as healthcare and, despite many attempts at digital innovation in this space, none appear to have had as much of an impact as blockchain will. According to IBM’s ‘Blockchain Blog’, this new technology could positively assist in many areas, from supporting the entire life cycle of a patient’s health records and billing documentation, via preventing counterfeit drugs and increasing detection, providing accountability and transparency to clinical trial reporting and working alongside IoT-enabled medical equipment to provide the best health outcomes for patients.

When you purchase a new home, you purchase all of its history – even those parts that you may not be aware of. Blockchain will enable buyers to review every change to the property’s history in seconds, as well as speed up transactions by enabling ownership to be verified and transferred without an intermediary.

Think of the biggest charity you know and chances are it’s been hit with claims of corruption at some point in its history. Blockchain ‘ledgers’ would enable people to see exactly what happens to their donations and engage in cross-border payments, while reducing costs for charities through disintermediation.

For the past decade businesses have been busy pulling together their corporate social responsibility and compliance teams, and now they’ll need to invest even more time and resources in this area. Blockchain technologies will force brands to publicly list their operation and labour costs, waste and transmissions and true environmental impact.

We need only cast our minds back a few months in Australia to the marriage equality vote to understand the need for transparent and trustworthy technology when it comes to voting. Blockchain technologies will enable anyone to register and vote online, without the possibility of their vote being edited or erased. Democracy Earth is one start-up leading the change, calling its work ‘democracy for the internet era’.

Tags:
Previous Article
‘Hey Alexa, tell me about Westpac’s new voice banking tool.’
Next Article
Marketing to the elites – what the wealthy want and how to give it to them