Television has not caught up with the shifts in viewing behaviour, says MCN CEO, Mark Frain. It’s time for the industry to accept we need fewer, more effective ads to remain relevant.

This article was sponsored by MCN. Bring you next campaign to life with MCN’s integrated, advertising solutions » 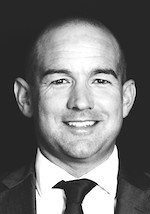 Over the past 20 years or so, I’ve made a career out of selling TV ads in the Australian market across both pay TV and free-to-air. During that time there have been some incredible highs for TV, however, with the dramatic shifts in how consumers engage with advertising, the television advertising model needs to change.

As the battle in the attention economy shows no signs of slowing, media owners, advertisers and their agency partners must start working together to evolve the TV game or advertising will suffer. Ultimately this means creating a better viewing experience, so that the ads that do run continue to remain the most effective form of advertising. We also need to lower ad loads, whether that means fewer ads per hour of content, or shorter ads. Either way, the future of advertising on TV is now no longer about selling more ads.

For a long time, TV broadcasting was untouchable. And although it still remains perched on the peak when it comes to effectiveness – a recent study by Australian media science academic Dr Karen Nelson-Field found TV advertising on a television had an impact on a consumer for 109 days after they were exposed to the creative – the media landscape has changed irrevocably.

Digital media giants – such as YouTube for short-form video and Netflix for long-form – have retrained consumer behaviour, conditioning the public to have a lower tolerance of broadcast advertising.

Although some of these new media business models are not sustainable – Netflix is heavily subsidised by huge debt levels for content to perpetuate subscriber growth – the reality is that consumers are happy to pay for cheap subscriptions to an ad-free experience. Or in the case of YouTube, will skip ads or watch six-second bumpers to get to the content they love.

Television has been far too slow to respond to these changes, which is even more prevalent in younger demographics. Instead of building new business models that aligned with the shift in audience viewing behaviour, the TV industry increased ad loads and cluttered ad pods with more, all of which now requires a careful rethink.

This is where the broadcast TV sector is currently at, but it’s not where it should be. In the US there is pioneering work that shows a promising new path.

In 2017, The FX Channel reduced its ad loads by 75% for FX Originals on-demand service and has seen great improvements in the effectiveness of brand lift. The Hallmark channel cut ad loads by 50% from 15 minutes to seven minutes per hour and Turner TruTV cut its ads from 13 minutes to five minutes per hour on certain programming. Fox now offers six second ads, but are priced the same as a 15-second TVC to allow for less commercial interruption. As a result, Duracell, Visa and T-Mobile have jumped on the wagon in the hopes of better engagement with their consumers.

Even in Australia, major retailer Myer won an Effie award for outstanding effectiveness for a six second ad on YouTube, proving that shortening the length is not the antipathy to effectiveness. But for a new TV advertising model to work, it requires the collaboration and support of media owners, marketers and agency partners. Otherwise, it will simply not be viable.

One of the biggest changes needed is recalibrating the market’s obsession with advertising cost and ‘cheap reach’ over effectiveness. This race to the bottom on cost is increasingly fraught and a major drag on advertising’s viability and effectiveness.

Simply going for more advertising tonnage is not going to work, and advertisers need to support the TV industry to improve ad effectiveness in line with new norms of a consumer’s viewing behaviour and ad tolerance.

Attention is lowering across all ad-funded mediums and we must focus on the platforms that achieve the highest effectiveness and real value, rather than less cost. We must accept media is no longer a volume and commoditised game by planning on value and business impact, not price and old audience metrics.

Let’s make watching TV more enjoyable and more effective. And in doing so, we can operate with more impact in a fast-changing attention economy. TV is still a $4.15 billion market, and with broadcast video on-demand platform revenues up 40.5% to $50 million for past six months alone, if we forget the multi-screen viewer experience the same way we have linear, we’re going to force viewers to switch off.

Bring you next campaign to life with MCN’s integrated, advertising solutions »

Tags:
Previous Article
‘Innovating through the lens of clicks’ – Lego executive on the state of modern marketing
Next Article
When realities collide – eight ways forward-thinking brands are blending CX with VR and AR