Witch doctors: economists and why we’re better off getting insight from a little closer to home

Witch doctors: economists and why we’re better off getting insight from a little closer to home 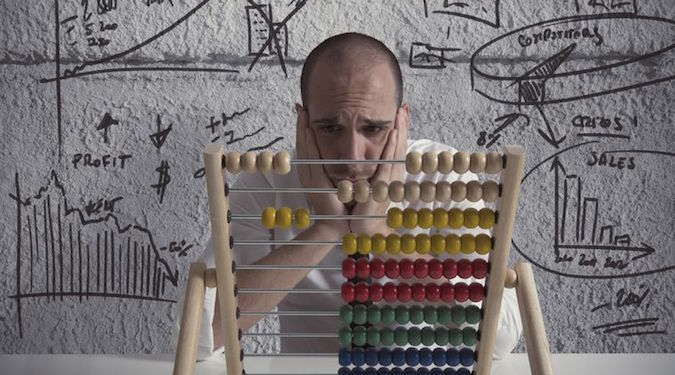 A report by economists suggesting stay-at-home mums are one of the biggest drains on the Australian economy has Ken Murray wondering just how valuable their insights can really be.

The old adage is ‘economists know the cost of everything and the value of nothing’, but this year they’ve been under fire for the OECD’s provocative ‘Connecting People with Jobs: Key Issues for Raising Labour Market Participation in Australia’  report suggesting stay-at-home mums are one of the biggest drains on the Australian economy.

It got me wondering if they can even count costs right.

I also don’t like economics, most of us with some kind of commerce degree had to do economics units at one time or another – did anyone else notice that it was a simplified form of marketing, masquerading as a complex one?

Let me explain, in economics the primary driver of human motivation to purchase is supply and demand and elasticity – the more there is of something the less people want, the cheaper it is the more they will want it.

Meanwhile in the marketing camp we’re looking at the neuroscience of colours and packaging in shopping malls! We’re studying the phonological loop of alliteration and cacophony, we’re analysing individual behaviour data.

Economists are these witch doctors on a pedestal, predicting macro-economic trends, and we as the public have some kind of irrational trust in them and disdain for marketers and sales people?

What do they mean ‘drain on the economy?’

This sweeping statement includes stay-at-home mothers with part-time jobs. Furthermore, some of them are likely paying taxes and probably aren’t getting a cent from welfare.

I spin data and statistics too, so I’m willing to break this down and ‘reverse engineer’ how they arrived at this conclusion.

Let’s define ‘drain on the economy’ – I will loosely define it as money that is spent where there is potentially a portion of it that is wasted or not used to its full potential.

Fair warning: this is going to get controversial. Before we get into it, I’m not suggesting that all of this money is wasted, it is only to put this ridiculous notion in context and level the playing field.

Here’s how various systems ‘drain the economy’ (in 2014-’15). But what about the other factors economists don’t consider weighed against the percentage of the population this consists of?

I look at the numbers and I just don’t get it.

The only rationalisation offered is that the economists have imagined some kind of opportunity cost that balances out the $25-35 billion gap because – another sweeping statement: ‘54% of all women in Australia have degrees.’ Does that makes them more potentially productive?

So now people with degrees are automatically more economically productive than those without? Right, like Bill Gates, Walt Disney, Oprah Winfrey, Rachael Ray, Michael Dell, Ellen DeGeneres, Mark Zuckerberg, Anna Wintour, Richard Branson, any of whom could take a fraction of their net worth and out-balance the whole thing.

Economists pretending to be broadminded and willing to consider factors outside of their scope is opening a flood gate they aren’t prepared for. They can’t have it both ways.

If they rationalise a $25-35 billion dollar opportunity cost, then you have to consider some kind of measurable economic – or at least social – benefit of a mother nurturing her child full time, at home. If you’re opening that flood gate, what are the other costs of these women going to work, and what are the other costs of indigenous benefits, unemployment, welfare, prisons, Medicare, pensioners, refugees, and on and on with these controversial cans of worms?

What about the department of the Prime Minister and Cabinet? At $2.1 billion, it does the research for the Government issuing 100-page reports, many of which I expect get misinterpreted or are never read.

What about the fact that stay-at-home mums control the buying decisions for a huge variety of products and are considered one of the most valuable consumer groups (if you define segments that way).

I would rather the OECD submit a research report with a scope that is equally broad in all directions. Of course, how could anyone report on something so potentially complex in a reasonable and realistic way? They probably can’t, and if you can’t, you shouldn’t do it halfway and put your ‘this is approved by degree educated economists’ stamp on it.

Economics comes under the category of pseudo-science, yet if I was to make a sweeping assumption of public opinion I would suggest there is more trust in economists than marketers, though we have the same educational roots. We’re cut from the same cloth.

Where we diverted? One said that understanding individual human beings is useful, and the other didn’t.

Is it just me? I know where I’d rather get my insight from.

Ken Murray is the director of marketing for MEI Group, having now clocked over seven years of senior marketing experience specialising in the industrial sectors and B2B.  Ken's background stems from a keen interest in pattern recognition and problem solving, which would eventually lead to an academic background in sociology (the 'why' question) to strategic marketing and business (the 'how' question). He believes success in business and marketing is about connecting the individual customer's 'why' to the business' 'how'. Next step is to operate efficiently and then you've got results, which is all he's interested in. Follow him @Kengetsitdone.

Previous Article
Will the ASB consider complaints about marriage equality ads? “Most likely no!”
Next Article
Artificial marketing: AI lessons from big brand successes and failures