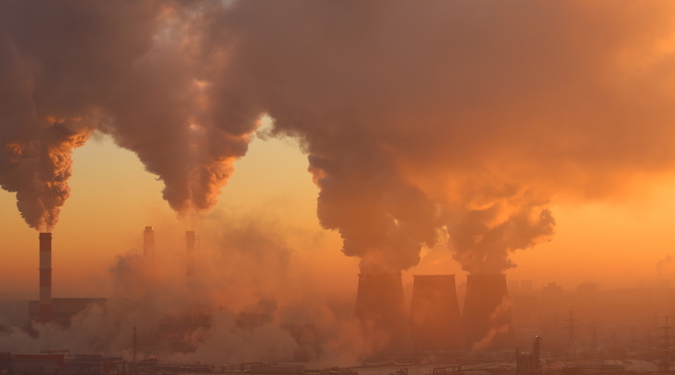 Michael Kiely on the issue of climate change and CO2 emissions, and how naysayers and corporations with investment in mining and fossil fuels use ‘astroturfing’ to cloud debate and legitimise their practices.

I sat stunned in a hotel ballroom when I heard a spokesman for the energy industry stake a claim for compensation from the Government (read taxpayer – you and me) for the changes the power stations will have to go through to reduce CO2 emissions.

In question time I asked him: “Would James Hardy ask its asbestos victims to pay it compensation for the costs of its settlement? Why should the coal-burning power stations who put the CO2 up there be compensated for the cost of ceasing the damage they are doing?”

The outrage from the podium was capital letter OUTRAGE. The answer was a jumbled blather of nothing much. The question stands unanswered still. But two books published recently – Scorcher by Clive Hamilton and High and Dry by Guy Pearse – hold the answer to why the coal industry is confident it will extract millions from our pockets to come to terms with the mess they created. They use ‘astroturfing’. Both books reveal an amazing capacity among mining, smelting and energy companies to create faux grassroots campaigns to block to delay any action on global warming. They have been exceptionally successful.

And for this they have to thank a close-knit network of activists that includes scientists, journalists, government advisers, federal ministers and lobbyists. The story is repeated all around the world – but it is in Australia and the US where these networks have achieved their goals, despite public opinion.

The big polluters feed funds to small, usually right wing organisations to conduct ‘astroturfing’ campaigns –using PR firms to create an impression that they are part of a grassroots revolt.

These front organisations pop up like mushrooms, but the same people are behind them –arguing for genetically modified foods, against gun control, against the link between cancer and tobacco or cancer and asbestos, against any form of environmentalism and, of course, against the notion of climate change.

They hold conferences, release white papers by ‘experts’ and fill the pages of the press and the airwaves with misinformation, disinformation and just plain lies. Some of them masquerade as professors and scientists, but they never have current publications in peer-reviewed journals.

These groups have their own journals that look like serious, peer-reviewed journals.

These organisations rely on funding from a small number of conservative corporations: major mining companies, tobacco companies, oil and gas companies, major companies in the electricity industry, forestry… They have a choir of journalists and commentators singing from the same song sheet; all have given speeches to front group events and all parrot the ‘junk science’ line.

Their respect for science is nil. They attack the integrity of the 2500 climate scientists working under the auspices of the IPCC (the UN body established to address the issue – the Intergovernmental Panel of Climate Change).

These scientists are merely toeing the line to gain career advancement, they say. The communication strategy is tightly held. There are three techniques the PR industry uses: astroturfing, ventriloquism and the echo chamber – to create scepticism about climate change and other issues. Ventriloquism is hiring ‘independent’ scientists to put forward the message.

Astroturfing imitates grassroots organisations, but usually they are paid scientists with modest credentials. The ‘echo chamber’ is the repetition of key messages until they get noticed. The results of all this are seen in the media. Media’s drive to have balance often sees editors and journalists giving more space to sceptics’ views than is reflected in community views.

When the mainstream media have covered global warming, they have portrayed it as a scientific uncertainty. But of a sample of more than 900 articles dealing with climate change and published in peer-reviewed, scientific journals between 1993 and 2003, none expressed doubt as to the existence or major cause of global warming.

An analysis of articles in the most influential American dailies, however, found that 53% expressed doubt as to global warming. The strategy of playing up the confusion and controversy, repositioning global warming as theory rather than fact has worked well.

These public relations campaigns by a small but well-funded group in the fossil fuels industry remind us of the tobacco companies’ campaign to create doubt about the role of cigarettes in causing disease and the rearguard actions by earlier generations to defend lead and asbestos, slavery and wife-beating.