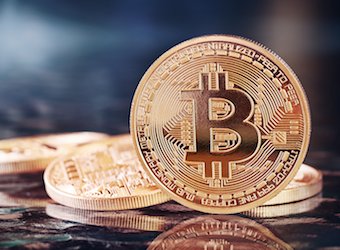 Yesterday’s unveiling of Australia’s first Bitcoin ATM machine at Westfield Sydney is the latest instalment in a worldwide frenzy over the cryptocurrency.

The Bitcoin ATM allows customers to both exchange their Bitcoins for dollars, and purchase Bitcoins from the same machine. Users are required to go through a three-step security process involving a verification code, scanning their ID and having their photo taken, in order to verify their identity. (The cash is physical but the Bitcoins aren’t.)

The move comes after the overseas success of Bitcoin ATMs; Canada, Singapore and Hong Kong all boast similar machines. The first Bitcoin ATM was launched in Vancouver in late 2013, trading CA$100,000 in its first day. ABA Technology, the Australian company behind Westfield’s Bitcoin ATM, hopes to roll out of the machines nationally if it too gains positive traction.

Who even uses Bitcoins?

It might well be a marketing ploy on the side of Westfield, considering mainstream adoption of Bitcoin technology to date has proven low. A study conducted by Forrester in March this year (‘Bitcoin: Some parts Brilliant, Some parts Sure to Bomb’) showed the Bitcoin community consisted mainly of software enthusiasts, entrepreneurs and smaller online merchants. But, of the study’s participants, 25% of consumers across all generations said they planned to give Bitcoin a try – a high number for a new technology.

ABA Technology’s CEO, Chris Guzowski is optimistic, saying the current state of Bitcoin is comparable to “where the internet was before companies had websites”.

A better deal for merchants and customers?

Bitcoins have already been accepted as a legitimate form of payment by a number of smaller online merchants. Billion dollar global retailers including US site Overstock.com, and Richard Branson’s Virgin Galactic, grabbed headlines for also jumping on board. Guzowski believes retailers should embrace the benefits of Bitcoin. “It’s cheap because it doesn’t cost anything to send Bitcoins or receive them. Businesses save on the transaction fees [incurred by processing credit/debit cards] that they are currently paying to banks,” he says.

Bypassing of transaction fees is in fact one of the crucial selling points of Bitcoin. The Forrester report explained how Bitcoin has to power to disrupt the international remittance market. That means costly transaction fees – the ones that come with international money transfers, bill payments, and check cashing – could be avoided all together. Bitcoin’s structuring allows users to send each other transactions directly, without the bank or money wiring service acting as middleman. “You can send the money as easily as sending an email for free. And it’s immediate,” says Guzowski.

Consumers shopping online also seek to gain, particularly in the realm of privacy. Unlike with traditional transaction methods, where third parties store users’ personal details (name, credit card number etc) in order to carry out a transaction, Bitcoin transactions do not include any personally identifiable information. Instead, only the sender’s Bitcoin address is provided, offering users a higher degree of anonymity online.

But with Bitcoin’s relative infancy on the market, security is still a major concern for consumers. Last week, managing director of Mobile Marketing Association, Rohit Dadwal blogged here about a recent case where one Bitcoin collector lost all of his Bitcoins on Ebay, to criminals posing as legitimate buyers. Another security concern is that if a user’s Bitcoin key is hacked into, the entirety of the user’s Bitcoin wallet can be stolen, and unlike with traditional banks, which can chase up stolen funds, there is no remedy.

The currency has proven to be volatile, especially since the crash of Japanese Bitcoin exchange company Mt Gox. In December 2013, the currency reached as high as US$1000 per Bitcoin, but has since fallen to US$659 as of March 2014. Guzowski remarked that Bitcoin is only just on the rise, and that future interest would improve the functionality of the currency. “We’re definitely on that adoption curve where more and more people are getting into the space and there’ve a hell of a lot of investment going into it right now. That’s going to make Bitcoin safer and more practical to use,” he says.

Interest in the currency has been met with caution by regulators worldwide. China, India and Russia have banned the currency, worth roughly US$7 billion in value (figure correct as of February 2014), due to its association with a shadow economy.

Economists and technologists alike have had trouble agreeing on the future of Bitcoin. Is it a fad, like various failed digital currencies that have come before it? Or will it leave a lasting impact on the retail and financial market? Forrester suggests evaluating Bitcoin not on whether it will stand the test of time, but through the disruption to the existing market it will “surely usher in.”