Budget for the unknown

Budget for the unknown 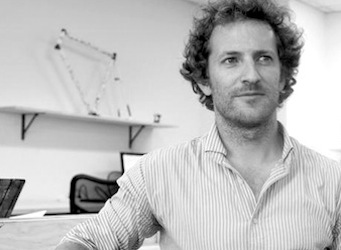 We are at a crossroads, writes Josh Capelin. No longer can rigid marketing plans be made once a year and stuck to. Audiences are demanding flexibility, shape-shifting and clever engagement.

I think we can all admit that these are interesting times. A few examples:

My colleague Matty Roberts and I began our adventures thinking exactly that (and still do). Having not come from traditional agency backgrounds, we approached opportunities for project partnerships as entrepreneurs do: pitching unique solutions to decision-makers and potential partners.

And while we now have a framed collection of the ‘nos’ we received, our left-field approach meant we were able to have conversations with marketing, digital and brand managers about the digital content landscape and how stakeholders were adjusting. Or not.

What we have learned is that it’s all up for grabs. Marketing and sponsorship managers are re-evaluating traditional forms of ‘partnership’. YouTube is funding the development of channels. Media buyers are pitching directly to clients. Production companies are still quoting TV prices for online content, but ‘money is tight’, and Google has a finger in every pie, steering distribution and inherently shaping our relationship with information and entertainment. But perhaps the most interesting observation for us – given it’s our sweet spot – is the telling absence of funding allocated for spontaneous content and the inflexibility of budgets to respond to timely opportunities. And we’d like to make the following two observations to HOPS, who we hope will still want to work with us after the last full stop:

The reality of this predicament for brands and agencies presents a duality of opportunity and risk. And I hope it will shape the behaviour and systematic approach of anyone with a buck to spend on telling a story. Here’s why…

Ideas are coming from anywhere

‘Our budgets get set at the end of each year for what we are planning on doing. For us to be involved, we need to lock this away for the 2014 session.’

In a bold move, the Coca-Cola Company recently shared its marketing strategy for 2020 by publishing two videos to YouTube. In part one, it names the distribution of creativity as a pivotal driver of change. It admits that “no one now has the smarts and the ideas” and that consumer-generated ads outnumber Coca-Cola-generated ads for its brands, highlighting the distribution of technology delivering consumer empowerment more than ever before. The US Army’s take on Carly Rae Jepson’s hit, alongside the Miami Dolphins’ cheerleaders own version, is an almost perfect example of an effective marketing idea sans agency.

At the heart of its strategy, Coca-Cola outlines a 70:20:10 approach to spending time and money to both innovate and maintain content, and it’s a great benchmark of adaptive budgeting, of which we’re huge

fans. In summary, 70% of resources generate low-risk, mandatory content. Twenty percent of resources extend and deepen particular areas and stories, and 10% of resources innovates big brand ideas that either fly or die overnight. Interestingly, the 20% bracket of content developed one year forms the 70% for the next year.

As blogger Tod Maffin remarks, “It will not be about the creative twist or angle or brilliant call to action to move you to buy a product. Soon, to succeed, companies must think like inventors willing to invest in the cost of generating great content.”

In this light, a brand that seeks to increase and diversify its touch points will also ultimately choose who does the touching. And while Coke acknowledges the value of an agency, it is simultaneously moving to embrace, leverage and influence the quantity and quality of today’s conservation starters. Locally, outfits like Host, acknowledged this from the outset by building collaborative relationships with established providers, becoming trusted brokers of creativity. And this trend is likely to continue, with an individual as likely as an agency to think up, pitch and deliver an idea worth spreading.

Ideas are moving faster than systems can keep up with

‘At this stage it’s not something I have factored into my marketing plans – can you confirm what kind of assistance you would be looking for?’

Brands allocating budgets 12 months in advance seems an unsuitable response to these macro trends of consumer behaviour and technological change. We know there is a part of this spend that is held for unpredicted, contingent and responsive investments, but in 2013 opportunities for marketers are now far more complex than a distressed ad space offer in a print publication. They are apps (VW’s Golf GTI campaign was exclusively an app and delivered $4 million of direct sales).

They are live video streams. They are reactions to Facebook outbursts (Bodyform’s tampon response video is one of the greats). They are cross-promotion opportunities that arise from chance meetings at Google events. They address memes and speak to the consumer via the media they touch and engage with every day, every hour.

Inflexible budget allocations and binding contracts with single creative service providers will not allow brands to be participants of the conversation happening around them. Brands and organisations must adapt if they wish to move with the multiscreen trends occurring today.

They also have to adjust what they choose to spend money on. With evidence for ROI on social media and content generation growing, increasingly with online viewership, is the same asked of what return spending $1 million on a celebrity for a single TV ad provides?

In the new world order we envisage, could it be the HOPS who are able to influence the conversation the most, due to their opportunity to say ‘yes’ to myriad, diverse and unpredictable projects? They must be savvy operators and they must be able (or allowed) to back themselves. We took a look at the paradigm shifts identified by Coca-Cola, and we think these four would look great on the computers and walls as Post-it notes, or integrated into the budgeting and marketing strategy of brands we would want to work with:

Sometime during the sixties, advertisers and brands started to heavily invest their time and money into a thing called ‘TV advertising’. You only need to watch one episode of the ‘kind of’ fictional TV drama Mad Men to see this played out. For years, some efforts failed miserably due to any amount of reasons. Others had a resounding effect on consumers. TV was the new medium, and the industry was taking a punt to leverage the technology affecting consumer behaviour.

As a result of the fluctuating expenditure of marketing dollars in this ‘new’ medium, TV advertising gained a place, arguably, at the top of the marketing mix totem for all and sundry, heralding new ways for brands to speak to audiences as they sat hypnotically glued to their screens. It’s still happening today. We can’t deny that.

We are now at another crossroads. No longer can rigid marketing plans be made once a year and stuck to. Audiences are demanding flexibility, shape-shifting and clever engagement. The need for growth in alternative content production is evident as once again a new wave of technology changes consumer behaviour.

81% of Australians use multiple screens sequentially to accomplish a task over time. 36% of our daily media interactions are via smartphones compared with 23% for both the computer and TV. And with India heralding a world first when late last year more organic Google searches came from mobile phones than computers, the internet and its effect on consumption of content is truly being rewired. People are turning digital, and fast. The dedication to serious forecasting and strategy building around this ‘new medium’ is emerging everywhere. Is it time to dedicate serious money to it as well?

In our opinion, the idea will always be the best currency in great marketing. Good ideas can come at any moment. Great ones, in fact. The money has to start behaving the same way, as quickly and as cleverly as the ideas themselves.

We aren’t saying this isn’t happening. It just needs to happen more. Good stories are counting on it.

As an entrepreneur, Josh brokers projects as either independent ventures or commissioned work. He co-founded Projucer with Matty Roberts in 2012 and together they are in post-production on their first documentary series, while meshing content for TV and online.