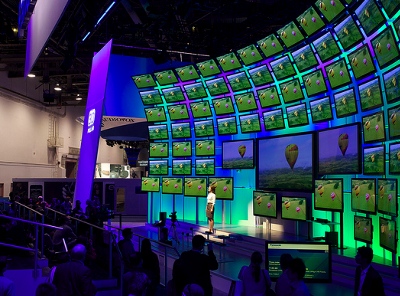 For the geeks among us, Christmas is yet to arrive. Gadget lovers and tech boffins rejoice: this Tuesday it will be game on when the Consumer Electronics Show (CES) opens in Las Vegas.

CES has been the stage from which many notable technology-related products have launched, from the VCR in 1970 to the Blu-ray Disc in 2004. So what will be the talk of CES 2012?

Nielsen and McKinsey-owned social media monitoring company, NM Incite, tracked online conversations leading up to the CES and compared 2012’s buzz with 2011’s to forecast what the talk of the show will be.

Most notable among their findings was a decrease in tablet buzz in this year, although tablets are still the most talked about CES topic, while TV and gaming talk is on the rise.

TV has made the steepest year-over-year gain, with buzz doubling to 21%, to almost rival tablets as the most talked about pre-show topic. Gaming-related discussion also saw significant increases in its buzz levels, doubling from 8% in 2011 to 16% in 2012.

Tablets were the only category to decline in percentage of buzz, from 31% to 23%.

NM Incite also found that one of the top trending topics over the last 90 days came when the specifications for Microsoft’s next-generation Xbox leaked on November 15, spurring rumours of a possible reveal at CES 2012. Microsoft drove buzz again on December 21 when it announced that its keynote at CES 2012 will be its last opening presentation at the conference. And buzz peaked again on December 28, following LG’s announcement that it will unveil its 85-inch ‘ultra definition’ TV at CES.

Technology research firm Ovum has also chimed in with predictions on the trends to emerge out of this year’s show. The key points for marketers to take out of their predictions are:

The CES is always a significant event on the technology marketing calendar, with ramifications for consumer and enterprise markets. While tablets will still be high on the agenda this year, the more innovative new announcements are expected to come in TV and gaming as talk shifts towards developments expected in these areas.