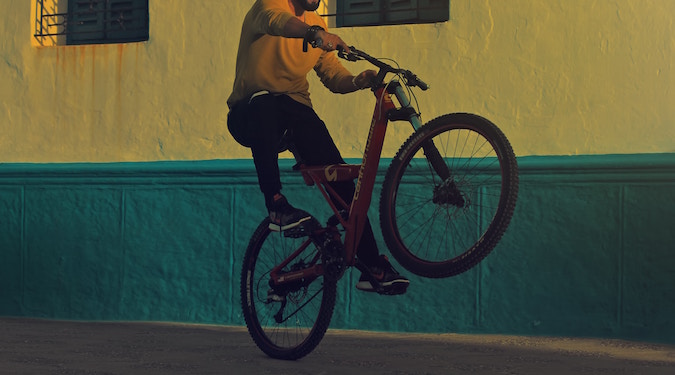 Con Stavros agrees with the consensus that Australian marketers are playing it safe, but suspects he may be totally alone in cautioning against the risky marketing alternative.

While ‘no risk, no reward’ has become an axiom of creative thinking, the behaviours that we would normally associate with such an approach have never strongly filtered into the modern marketing mainstream. Local brands, for the most part, throughout this decade have tended to take a safe and conservative approach to their actions, conscious that constant scrutiny through new media means that smaller, incremental changes are safer and easier to navigate.

When was the last time a major Australian brand took a significant marketing risk? That is, a genuine leap of faith, that came with some danger. While some of the advertising has raised eyebrows from time to time, it appears an inertia to not offend, signal virtue and regress to the relative safety of the mean dominates contemporary strategic thinking.

Our big brands are hardly setting the risk meter buzzing, but they shouldn’t be. Risk taking and all its associated platitudes of ‘missing every shot you don’t take’ is overrated. I suspect I am well in the minority (if not totally alone) in arguing against the risk imperative.

There are several reasons for my view. I’ve never felt that consumers, at least in the mainstream, have wanted to build bonds with brands that take chances. While there may be a short-term appeal of a brand seen as cutting-edge, consumers in longer-term relationships want stability and assurance. Too many brands making too many moves leads to confusion.

I’m also not convinced that the rewards from such risks pay off in the long-term. A short-term sugar hit from a risky endeavour is likely to lead to a desire to repeat the cavalier approach; a cycle that is mathematically guaranteed to ultimately fail. And what of all those risky ventures that underachieve and are never reported? While the media cast sunlight on successes, the likely larger number of failures will rarely be mentioned.

There are of course international brands that do take risks and succeed, but even in those situations the risk-taking activity might be seen as a sensible path – thus diluting any semblance of genuine peril. When Old Spice invigorated its brand with its famous campaign that lampooned the male advertising archetype, it had little choice. It had to be remarkably different to escape obscurity. Likewise, with Dove and its much-lauded ‘real beauty’ campaign. It wasn’t that risky for Dove to distance itself from the highly competitive beauty mainstream and proclaim a popular message of self-empowerment.

This is the same with most examples of ‘risk-taking’ reported in the marketing media. In most cases the ‘risk’ would have been in not doing what they did. For small brands battling bigger, established rivals, risk is actually par for the course. In those instances, you must take what are perceived to be chances because there are limited other options.

So why is ‘risk’ so appealing as a concept and why are so few prepared to caution against it, even if most brands are unwilling to adopt it? The answer is likely to be in the drama. We all love the narrative of reward rising from the risk undertaken – a tale usually revered and amplified. Apple’s genuinely risk-taking launch of the Macintosh in 1984 with its ‘1984’ campaign is a classic example. It was an enthralling gamble and still the first ad I show my marketing students in their opening class.

More broadly, however, I am a proponent of brand caution and methodical strategic thinking that aims to minimise risk – and eliminate it wherever possible. Safe, dependable steps that make marketing sense are always preferable, despite the allure of risk and its temptation of dramatic reward.

Photo by Mohamed Nohassi on Unsplash