Get out your wallets, paywalls are in

Get out your wallets, paywalls are in 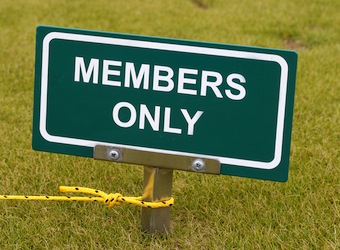 By Andrea Carson, University of Melbourne

The Guardian‘s Australian editor-in-chief Katharine Viner did what many media commentators fail to do, last week, and disentangled the crisis facing print newspapers from the state of journalism. Too often the decline of print journalism is conflated with the future of journalism.

Viner, in an inspiring speech showed how the two were separate. But she muddied the waters about the role a paywall can play in funding newspaper journalism.

Studies have shown that falls in newspapers’ advertising revenues and print circulations can increase pressure for ‘serious newspapers’ to include more sensational stories on their digital websites. Some free online newspapers succumb to click-bait stories using sex, crime and celebrities to boost net traffic and lure advertisers.

Newspapers that use paywalls can dispense with click-bait and prioritise content to an audience willing to pay for quality. Early adopters of the paywall, such as the Wall Street Journal, have detailed audience data that allows advertisers to better target sales.

Those who read The Guardian will know it provides a counter example to this argument. It is a quality newspaper that has enormous global reach — the third most read English-speaking newspaper website in the world — behind the New York Times and Britain’s Daily Mail. It launched its Australian edition in May this year and, before that in 2011, its US edition.

The newspaper is free to read online with advertising revenues, print circulation and the 1936 Scott Trust supporting its journalism. It has adapted to the digital era and provides innovative journalism that actively involves the audience.

To allow this relationship to flourish, Viner argued the World Wide Web should remain open. It’s a noble concept and difficult to refute – we all benefit from sharing knowledge.

But Viner takes this view one step further and argues that paywalls are “utterly antithetical to the open web”. She said on Wednesday:

A paywalled website is just print in another form, making collaboration with the people formerly known as the audience much more difficult. You can’t take advantage of the benefits of the open web if you’re hidden away.

But, speaking at a Future of Journalism conference in Wales last month, I found in a comparative study of newspapers across Britain, the United States and Australia that this does not have to be the case.

A paywall does not necessarily limit audience reach or collaboration, but it can focus a newspapers’ reporting towards quality journalism.

You’ve got to make money somehow

The New York Times is a clear example of a large digital audience willing to pay for content. Like Britain’s Financial Times it has a metered paywall; and FT now has more digital subscribers than hard copy.

At the NYT, digital subscriptions have helped circulation revenue surpass advertising revenues. At the start of this year, the NYT‘s metered paywall delivered 708,000 digital subscribers, a 45% year-over-year increase.

Equally, The Guardian, the Daily Mail, and USA Today have among the largest news audiences in the English-speaking world and their online content is provided without charge – so far.

But, The Guardian itself, although an inspiring example of open journalism, is not without its economic vulnerabilities. The New Yorker last week reported that the newspaper has lost money for the past nine years and, if not reversed, the Trust would run out of money this decade.

Meanwhile, Daily Mail has built its audience using tabloid-styled news and sensationalism including click-bait stories to boost web traffic. It has global reach but like most print newspapers it is losing paid readers and its online revenues alone are not yet enough to sustain its operations.

USA Today is also losing circulation and has just doubled its cover price from $1 to $2. Last month its publisher Larry Kramer said they would ‘explore’ paywall options. It is owned by America’s largest newspaper chain, Gannett, which introduced metered paywalls in 2012 to its 80 local mastheads. The US now has more than 400 newspapers with paywalls; 11 of their 20 biggest selling daily mastheads have some form of paywall.

How to fund newspaper journalism in the digital era is clearly a difficult problem to solve. Once, it was classified advertising, but that lucrative bond has broken.

And the rise of the internet has meant any non-media website can compete for advertising dollars. Digital advertising has become cheaper for advertisers in an over-saturated market, meaning smaller revenues for newspapers.

The comparative study found online newspapers’ success in attracting subscribers depended on the type of paywall used, whether it was hard or soft, and what type of content was behind it, whether it was niche or general news.

A hard paywall, where virtually no content is free, can be successful when a newspaper provides specialised content, such as the predominantly business newspaper, WSJ – it has almost 900,000 digital subscribers.

It is true that free online newspapers and national public broadcasters such as the government-funded ABC challenge newspaper paywall models that charge for general news content. This is particularly testing for general newspapers that lock content behind hard paywalls.

But a soft paywall, and there are several types, allows some content for free. The metered model caps the number of free articles before readers are asked to pay: NYT provides 10 articles a month; The Age provides 30. This model enables newspaper websites and conversations to remain open to non-paying readers. By providing some free content this model does not limit traffic as much as a hard paywall, and it tempts readers wanting more, to subscribe.

Sorry, you’ll need to log in to see this

A 2012 US Alliance for Audited Media report found that most US mastheads favoured a soft paywall (77%) over a hard (17%) paywall. A recent Reuters Institute study found that hard paywalls can curb website traffic flows significantly (85% to 95%) in the first few months compared to 5 to 15 per cent loss of digital traffic when using a metered paywall.

In fact, the last 12 months could be described as the year of the paywall in these three countries. More paywalls were erected in 2012 than in any other single year. In 2013, there are now more Australian major daily newspapers with a paywall than without, as can be seen in Figure 1.

Figure: Comparison of newspapers with paywalls in Australia, the US and the UK.

A few months ago two of Britain’s biggest selling daily print newspapers, the Telegraph and The Sun put their content behind paywalls despite earlier hesitations. Website traffic has decreased, but this is expected initially.

The recent paywall uptake sharply conflicts with the view of Arianna Huffington who declared in 2009 that the ‘paywall is history‘. Viner also left her audience wondering when she said: “Economically, it’s too early to rule them [paywalls] out when we’re all trying to survive.”

Instead, newspapers have been experimenting with different types of paywalls and tweaking prices, more often than not settling on the metered model for general news. Paywalls might not be the entire solution for finding a new revenue source for newspapers’ journalism, but the soft paywall can be part of it.

Andrea Carson does not work for, consult to, own shares in or receive funding from any company or organisation that would benefit from this article, and has no relevant affiliations.